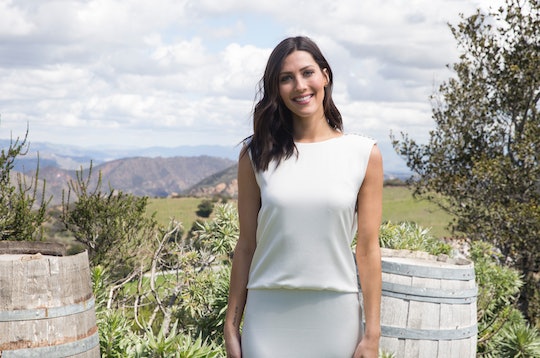 Here Are All Of 'Bachelorette' Becca's Gorgeous Tattoos

In case you didn't notice on The Bachelor, Becca Kufrin has a decent amount of tattoos that she’s not afraid to show off and doesn't bother to cover, which just makes her that much more likeable and relatable for fans everywhere. It’s obviously not why she was chosen to be season 14’s Bachelorette, but it certainly adds to everything that makes Becca such a fan favorite. So what are Becca’s tattoos on The Bachelorette? During the season premiere, she briefly touched on what all of her tattoos are and some of the significance behind them, but it’s not hard to see that the majority of her tattoos are meant to pay tribute to her dad who passed away several years ago from brain cancer.

As someone with a couple of questionable and a couple of meaningful tattoos myself, I can totally get behind Becca using permanent body ink to do put something lasting and meaningful on her body as a way to honor someone or an important time in her life. It looks like she has four tattoos, including a bee, a cross, the initials SKK with a heart, and a Bible verse. All of them seem to have fairly obvious meanings behind them, except of course for the bee which is actually her most recent tattoo and was first pointed out on The Bachelor finale when Arie Luyendyk Jr. mentioned it in the middle of their drawn out and totally heartbreaking break-up.

Since the tattoos themselves are obviously meaningful to Becca, let’s take a closer look, shall we?