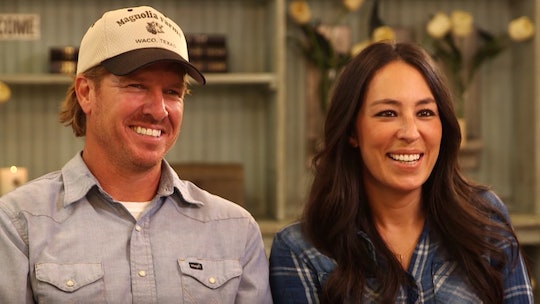 It was a sad day in reality TV when Chip and Joanna Gaines announced in September 2017 that that Fixer Upper would be ending and that fans would no longer be seeing them renovate and decorate homes like total bosses. But then they revealed that they’ll still be on TV and all was right in the world again, so what are Chip and Joanna Gaines doing after Fixer Upper? The home renovation couple has been busier than ever with books, babies, and yes, more TV to come.

The decision to end Fixer Upper doesn’t seem like it came easily for the couple, who have used their talents and relationship to totally transform homes over the years, while also giving viewers more than a peek into their own personal life together. In an interview with People magazine at the time of the announcement that the show would be ending, the couple revealed that they were looking forward to the break that ending the show would provide. "We really want to focus on this break and take a step back to let this all soak in," Joanna told the magazine. "Regardless of what the future holds, we are hopeful for what God has for us and our family in this next season."

At the time, the couple hadn’t yet announced their new show, Fixer Upper: Behind the Design, which premieres on HGTV on April 10, but after spending 11 months out of the year filming each season of the couple’s first show together, the spin-off will likely be less obtrusive for them.

Since family was part of the reason why they decided to call it quits with Fixer Upper, it should come as no surprise that the Gaines are now expecting a new baby. "I realized the show was demanding time from me, and I needed to be giving it to our businesses, to our relationship and my family,” Chip told People at the time. "How far can you push it before something really does break down? And that’s kind of where we landed."

As fans of the show already know, Chip and Joanna already have four children, who have been featured on Fixer Upper from time to time, but in January, they announced that there is now a fifth on the way. In an adorable and very Chip-like Instagram post on January 2, he announced that they’re now expecting a fifth child to add to their family, so it makes even more sense why they decided to say goodbye to Fixer Upper, and preparing for the new baby alone has likely kept them pretty busy now that filming is over for the show.

Although Fixer Upper took 11 months out of the year for Chip and Joanna, their new show set to premiere on April 10 is likely going to be more laid back. Instead of showing the couple tearing down walls for the every popular open concept and transforming barns into actual houses, Fixer Upper: Behind the Design be going to be about more of the design process behind Joanna and Chip’s genius.

The new HGTV show was given a 15-episode first season and according to a press release obtained by Today.com, the Gaines are excited for the new journey they’re about to embark on after Fixer Upper. "I can’t wait to show our fans how every piece of the design comes together before the final reveal," Joanna said in a press release. "I want to nail every detail so that when we walk away, Chip and I know we’ve given a family the one-of-a-kind home of their dreams."

I mean, if this means more ideas of how to transform my home into a shabby chic farmhouse dream, then I’m all for it. Joanna also revealed on Instagram in 2017 that she’ll soon be releasing a design book to add to the collection of books already written by both her and her husband, so they aren't going anywhere anytime soon. Because of the couple's new show, new book, and their growing family, they’ve definitely been busy after Fixer Upper, but that only means that fans will continue to get to see more of them. Be right back, setting my DVR like right now.