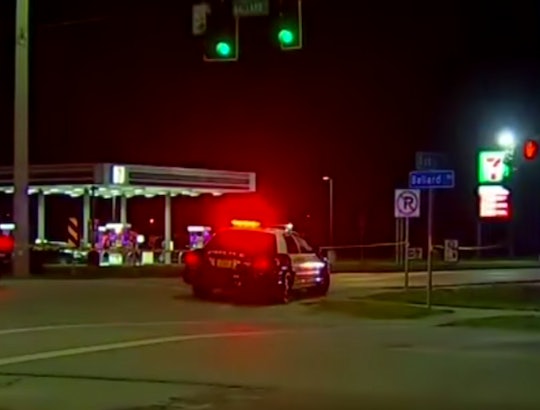 What Are Florida's Gun Laws? The State Earns An 'F' In Gun Safety

Another Florida nightclub became the scene of another mass shooting overnight, with at least two killed and more than a dozen others wounded at an all-ages event in Fort Myers. Officials are still determining the cause and perpetrator(s) of the violence they believe to be gang-related, dredging up still fresh and painful memories of last month's rampage at Pulse, the LGBTQ nightclub in Orlando, which left a mind-blowing 49 people dead. The scourge of mass shootings nationwide has legislators at many levels analyzing gun laws, and the twin nightclub tragedies in the Sunshine State this summer demand answers about what Florida's gun laws are, and whether they're adequately ensuring public safety.

After the June 12 massacre at Pulse, Senate Democrats and Republicans introduced a series of competing gun safety bills focused on restricting firearms access to terrorists and improving the background check system, all of which ultimately failed. The federal government, in fact, hasn't passed any new gun safety legislation since the 2007 Virginia Tech mass shooting, which killed 32 and is now the second deadliest in American history. But gun laws vary from state to state, and Florida's lax regulations (or lack thereof) regularly earns it praise from the NRA and other gun rights advocacy groups — while its also the site of two deadly nightclub shootings throughout the summer so far.

At Club Blu in Fort Myers, event attendees were in the parking lot calling for rides and getting ready to leave shortly after midnight July 25 when the shooting started, USA Today reported. The victims, many of whom did not die, range in age from 12 to 27, and 14-year-old Shawn Archilles and Ste'fan Strawder, 18, have been named as the fatalities, according to CNN.

And while the full extent of this most recent tragedy unfolds, the state's gun laws will likely face renewed public scrutiny, if only fleetingly. And for good reason: In 2015, the Brady Campaign to Prevent Gun Violence named it one of the "Top 15 Criminals' Choice States" because of its lax laws. Out of a possible 100 points for legislation that the campaign believes would keep firearms out of the hands of criminals and make Americans safer, Florida earned a negative 20.5. In a parody video, the Brady Campaign advertised these states as welcoming to people with bad intentions:

In reality, Florida's laws really are enticing for those who want easy assess to guns. According to the NRA, the state doesn't require a permit to purchase, registration of firearms, or licensing of owners of rifles, shotguns, or handguns. Floridians also don't need to get a permit to carry rifles and shotguns, but they need to obtain one to carry a handgun. While this situation earned Florida an "F" grade from the Law Center to Prevent Gun Violence, Guns & Ammo magazine celled the loose laws "the envy of gun owners nationwide."

Gun advocates maintain that guns actually offer people the chance to protect themselves and therefore make society safer, not more dangerous, to navigate. And after the Pulse nightclub catastrophe, The Florida Sentinel reported that the number of people requesting applications for a concealed weapon permits or other firearm licenses jumped from about 20,000 in May to more than 36,000 in June.

But in August 2015, The Atlantic reported that states with the strictest gun laws do, in fact, experience fewer deaths as a result of gun violence. And that's a goal that the majority of Americans purport to want to work toward, whether they're pro-gun or pro-gun safety measurements. As more information about what happened outside Club Blu emerges, the effect of Florida's gun policies will become ever clearer.