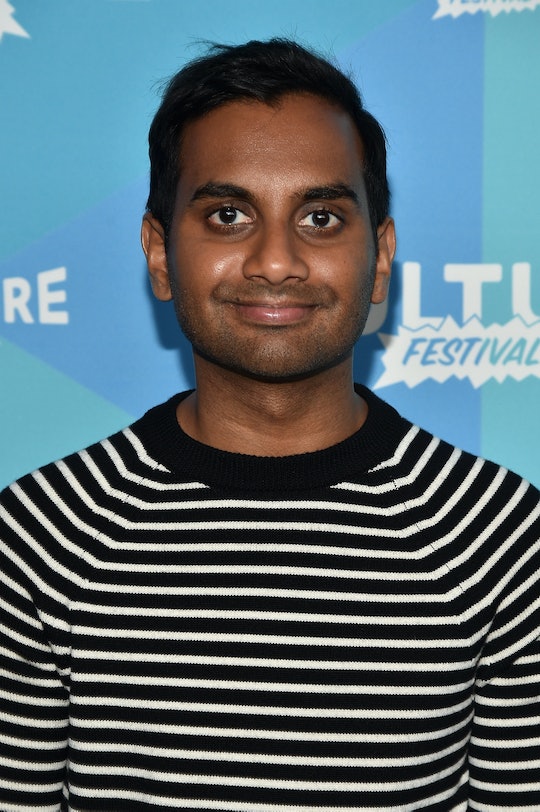 Aziz Ansari Addressed The Allegations Against Him In His Netflix Special

Aziz Ansari returned to Netflix after a years-long hiatus when he was accused of sexual misconduct in an article on Babe.net. Response to the allegations were mixed to say the least, but Asari himself said very little about the incident.

At the start of his latest Netflix special, Aziz Ansari: Right Now, what Aziz Ansari said about Babe.net was meant simply to clarify his feelings on the matter. He didn't make a joke about the allegations but he did address them head on.

In 2018, a story was published on Babe.net which alleged that a woman and Ansari had gone on a date and that afterward, in his apartment, he had pressured sex on her despite her cues that she was uncomfortable. Soon after the story was published, Ansari released a statement wherein he said that he "took her words to heart" after she had reached out to him following their date. He also said, "It was true that everything did seem OK to me, so when I heard that it was not the case for her, I was surprised and concerned."

When he addressed the Babe.net story in his Netflix special, Ansari showed a similar attitude of regret over the incident and how his life has been since the allegation went public.

First, Ansari made a joke about a fan stopping him in the street to praise him for his show on Netflix. While he thought the fan was referring to Netflix Original Master of None, the fan had actually mistook him for Hasan Minhaj, who hosts Patriot Act with Hasan Minhaj. Ansari joked that when the fan brought up Ansari's own accolades in the entertainment industry, he admitted to being from Parks and Recreation and Master of None, but when the fan mentioned the sexual misconduct allegation, Ansari joked that he said, "No no no no… That was Hasan."

But after the laughter died down, Ansari got more serious about the topic and spoke honestly about the allegation against him after the Babe.net story came out in 2018.

"You know, I haven’t said much about that whole thing, but I’ve talked about it on this tour," he said. "'Cause you’re here and it means a lot to me, and I’m sure there’s some of you that are curious how I feel about that whole situation and it's a tricky thing for me to answer."

Ansari admitted during Right Now that over the past year, he went through a lot of emotions regarding the allegation, including fear and humiliation.

"Ultimately, I just felt terrible that this person felt this way," he said, referring to the woman he had gone on a date with and who had later told the Babe.net story to the article’s author. "And after a year or so, I just hope it was a step forward. It moved things forward for me, made me think about a lot. I hope I’ve become a better person."

He then relayed a conversation he had with a friend who told him that the incident made him rethink his own past dates. Ansari said that it was "incredible" and that if it made him and others think harder and "be more thoughtful," then "that’s a good thing."

He admitted that the topic wasn't the best way to start his show with the audience but that it was important to him that he address it right off the bat. He then got into his routine about politics, race, and pop culture. It wasn't until the end of Ansari’s Netflix special that he addressed the Babe.net scandal again. The beginning and end of his show was probably different than what fans are used to, but if Ansari hadn’t talked about the allegations it would have felt like he was hiding something. He admitted that for a little while, he saw a world in which his career was over.

"It almost felt like I’d died," he said. "In a way, I did." Ansari said that he thinks differently than the person he used to be. He added that he now tries to live in the moment and appreciate what he has rather than constantly looking forward to what comes next for him.