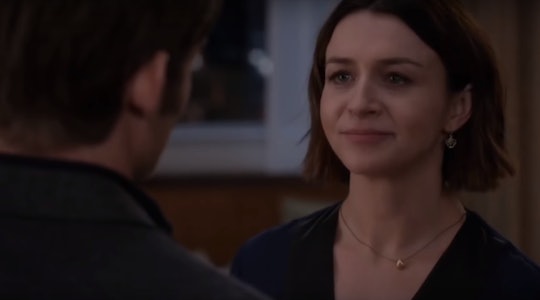 Season 15 of Grey’s Anatomy has been the season of love and now that Amelia and Owen are finally over for good, she’s getting that love from Link. They might not be *there* yet, but they have hooked up and there seems to be a lot of sexual tension between them. But what do people think of Amelia and Link on Grey’s Anatomy? Some fans feel like this is the Grey’s couple they didn't know they needed while others are just not feeling them.

On the one hand, Link and Amelia are both in a relatively good place right now and although they each have spotty pasts, they have both grown. On the flip side, Amelia did just get out of a messy relationship with Owen and some fans feel like the last thing she needs to do is hook up or enter into a relationship with someone who also works at the hospital.

I can see both sides of the coin, but it’s hard to see what’s so wrong here. Amelia had it rough on Private Practice and then again when she made the move to Grey’s. Link got stood up by Meredith earlier this season and might finally find romance with someone else. At least Link didn't have a full blown relationship with Meredith first. Otherwise, this would be a pretty tricky situation. Maybe Amelia doesn't need to jump into anything serious right now, but while some fans are feeling protective of her, others are totally shipping Link and Amelia together.

Some Grey’s fans would rather see Link alone than "stuck" with Amelia. She doesn't have the best track record of being optimistic about many things in life and some fans feel like Link doesn't need that kind of negativity.

Others think that Grey’s has already thrown two unlikely characters together who people still don't support, like Maggie and Jackson, and that this is another case of that. Judging by all of the mixed reactions, I could see fans boycotting this new potential relationship, especially since a lot of them are still upset about Jackson and April being broken up.

Some people just don't see the chemistry. And being that it’s still so early in Link and Amelia’s fling, that’s understandable. When they hooked up last week, there was definitely some heat between them, but it is all happening so fast that some viewers just can't get behind it yet.

Some other viewers, however, are all for Amelia finding a happily ever after with Link. I’m talking serious endgame potential. It might be a little soon for all of that, but there are Grey’s fans who are ready for Amelia and Link to become official.

When it comes to Amelia and Link, some people are just glad that she is no longer caught up in Owen’s drama. They spent years going back and forth and even this season, things weren't easy with Owen before Amelia finally broke it off for good. For some fans, Link is a happy alternative to Owen and that’s all that matters to them.

To some fans, there is an undeniable attraction between Amelia and Link, even if some others can't really see it just yet. And for them, that chemistry is enough to continue supporting Amelia and Link as a new couple.

There are always going to be couples on Grey’s Anatomy that rub some people the wrong way. Sometimes, fans eventually accept the relationship and other times, those fans live with the denial that the couple will make it to the end. It’s still too early to know how long Link and Amelia will last, but right now, he seems like the distraction she needs.