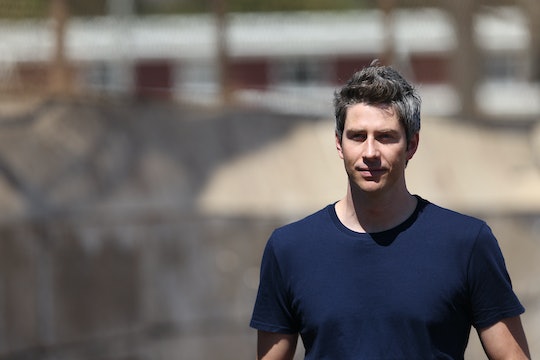 Arie Has Some Thoughts About Krystal's Behavior On 'The Bachelor'

Filming one season of The Bachelor lasts a few solid months, so naturally, everything that happens doesn’t make it onto the show, or certain contestants aren't given a great edit treatment. It’s clear by now that Krystal Nielson is getting what those in Bachelor Nation call the "villain edit," but the drama she's instigating has yet to hit Arie's radar. So what does Arie think of Krystal on The Bachelor? She’s definitely made an impression on the other women, but not necessarily in the best way.

Initially Chelsea Roy seemed like more of an aggressive contestant in the season premiere, as far as asserting herself to get in her time with Arie. However, it looks as though Krystal is the one contestant this season who is going to steal as much time with Arie as she can, regardless if it hurts the feelings of some of the other women. And honestly, it hasn't proven to be a good look on her.

Since Arie was once in Krystal’s position as a contestant on Emily Maynard’s season of The Bachelorette, he definitely gets where she’s coming from in wanting to simply spend more time with him. But he also understands Bibiana Julian’s concerns about not getting enough time with him overall.

"Being on the other side, I know that you desperately want to see if you have a connection with the person you’re dating. You’ve sacrificed so much to be here, and you just want your fair shot at love," Arie wrote in his People.com blog. "I also understand Krystal wanting to get more time. As much as it may have rubbed the girls the wrong way, we had just had an amazing date. And it’s difficult to not be able to spend time with one another."

That much is easy to understand from Krystal’s perspective. If you think of it that way, it makes sense that she wanted to reconnect with him the moment she had the opportunity. Maybe Krystal should have also considered the other women who hadn’t yet spent much time with Arie, let alone a one-on-one date. But as she made clear, she didn't go on The Bachelor to make friends.

But in case you’re wondering about how Krystal came across to Arie and if he was put off in any way by her assertiveness despite the other women, he welcomed it. "Watching it back, it’s obvious that Krystal was rubbing the women the wrong way. From my perspective, I was flattered by her aggressive approach," he wrote in his People.com blog for Week 3. "It felt like she truly put our relationship first. Also — and I know this from Emily’s season — it’s really hard to go from an early one-on-one date to a group date. After having so much alone time, it’s difficult watching the person you’re falling for spend so much time dating other people."

In The Bachelor episode for Week 3, Krystal even came right out and asked Arie about the best way to handle herself on the group dates, basically asking if she should be less assertive. But he told her to keep being herself with him, so clearly he really did appreciate and understand her fearlessness this season.

So if Arie thinks that Krystal’s approach was totally acceptable, I don't think it's fair to assume that she’d change it up at all since, as we all know, she didn't go on the show to please other contestants, but rather to potentially find a husband.