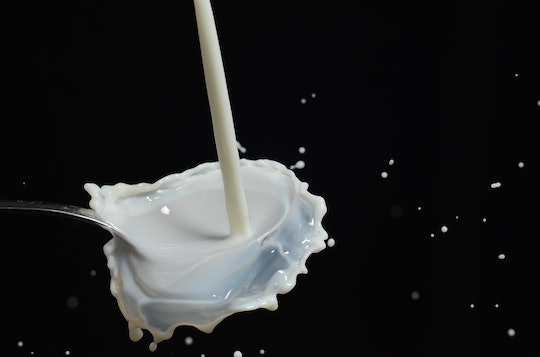 What Does Breast Milk Taste Like? 14 People Give Their Surprising Answers

Even though most adults I know have wondered what breast milk tastes like, people can also get really squeamish about it. I guess it's understandable. In recent years, breast milk has taken on an air of mystery that it hasn't really dealt with in the past. As such, boob juice has pretty much just been classified as a body fluid and given little societal nuance beyond that. It's gotten to the point that in literally any online debate about nursing in public I've ever seen, the following question comes up:

"Well, we have laws against urinating or pooping in public even though that's natural. Why should breastfeeding be any different?"

Honestly, if you cannot make a distinction between breast milk and excrement, or recognize the difference between taking a crap in public and feeding a baby in public, I think you might be beyond my help. Fortunately, there are others among us who are not squeamish about breast milk. In fact, most nursing parents I know have "sampled their own product," as it were. Additionally, many a co-parent or romantic partner of a nursing mom has either accidentally or on purpose found out what breast milk tastes like.

Perhaps this dichotomy can best be illustrated in an early episode of Friends. In fact, this might be the greatest public discussion on the subject of breast milk of all time (which stands to reason since I'm willing to bet about 33% of our greatest collective experiences are probably from Friends as well):

This clip raises a far more important question than, "Is breast milk icky?" Because, duh, no, of course it's not, dummy. So let's get down to it: What does breast milk actually taste like? How can those of us who know put it in terms that those of us who haven't would understand? I asked some people to find out.

More Like This
The Best Travel Tips For Solo Parenting
What To Do If Your Toddler Keeps Taking Off Their Diaper At Night
When Does A Baby Recognize Their Father? A Pediatrician Explains
These 72 Instagram Captions Are Perfect For Your Snow Day Pics
What Parents Are Talking About — Delivered Straight To Your Inbox