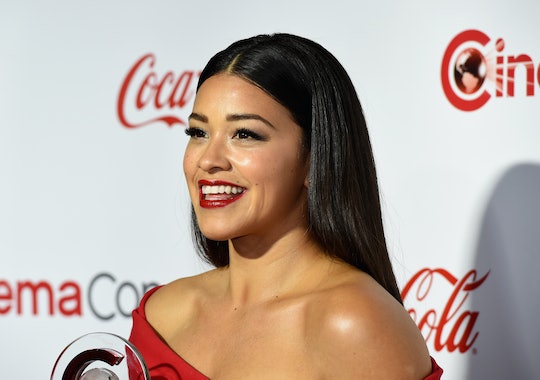 What Does Petra Want With Jane On 'Jane the Virgin'? She Just Wants A Friend

Jane the Virgin has spent part of its second season developing the relationship between Jane and former antagonist Petra. Not only were they rivals for Rafael's affections, but they were also polar opposites who just flat out didn't like each other. However, when Petra became pregnant (through shady means, of course) with Rafael's children, Jane suddenly had to deal with her in a whole new way; their children would all be siblings, and that forced Jane and Petra's relationship to change. But can a character like Petra ever really change? Is the growing friendship between her and Jane genuine? What does Petra want with Jane on Jane the Virgin?

The trailer for upcoming episode "Chapter Forty-Two" shows the new young mothers dealing with Mother's Day – a day that will be linked for them forever because their kids have the same father. Petra is hosting a brunch to which she invites Jane and the other Villanueva women, ruining Jane's previous plans. Despite the fact that things have seemed more than okay between Petra and Jane lately, problems are still brewing between the tentative friends (helped along by Petra's cartoonish twin sister Anezka). In "Chapter Forty-One," Petra revealed that she still has insecurities regarding Jane, especially when it comes to Rafael.

Petra has done some majorly untrustworthy things, but she's also tried to move past them. She's hampered by the fact that Rafael has trouble accepting that she has changed and it's made worse because he holds Jane in such high esteem. Not only does it make Petra feel like she's second best, but also like she's competing against an impossible standard that she can never meet. This complicates her relationship with Rafael and her relationship with Jane, both of which have grown in unexpected ways.

Despite hating each other for totally valid reasons, Petra and Jane began to move past their issues. Petra grew to respect Jane as a mother and a person, and Jane supported Petra through her childbirth and resultant postpartum depression. They've both learned not only to be civil to each other but to like each other, and even defend one another when the occasion arises. It all makes for some pretty compelling evidence that Petra's feelings of friendship for Jane aren't just another manipulative trick. Still, with Anezka getting in the way and Rafael always between them, that relationship will probably be tested.

Petra and Jane's issues have never quite gone away – Petra is still selfish and elitist; Jane is still righteous and judgey – but their growing understanding of each other has allowed them to move past those initial determinations. The most surprising thing of all is that what Petra wants from Jane seems to be genuine friendship.