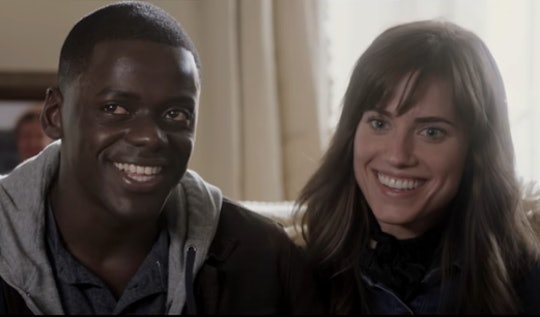 Throughout my life, I've cultivated a deep love of the horror genre. From books, to movies, to podcasts, there is something about it that keeps bringing me back for more. It's not that I relish the idea of chainsaw-wielding abominations attacking me, but there's something about that spine-tingling fear that keeps me utterly engrossed. I've always wondered why it is I can love scary books and movies so much, even though I abhor violence to a degree that is nearly irrational. I want to know what happens in your brain when you watch a scary movie that makes people like me crave the experience.

There is a complex set of systems in your brain that react to the viewing of a scary movie, whether it's something psychological like the plot to Get Out, or more overtly graphic and murder-driven like the Michael Myers or Jason movies. As Dr. Jeffrey Goldstein, a professor of social and organizational psychology at the University of Utrecht said in an interview for IGN (the former Imagine Games Network): "People go to horror films because they want to be frightened or they wouldn't do it twice." Or two or 100 times. "You choose your entertainment because you want it to affect you."

He continued, "[Horror films must] provide a just resolution in the end. The bad guy gets it. Even though they [watchers] choose to watch these things, the images are still disturbing for many people." Although, they're still, ostensibly, receiving a benefit: "People have the ability to pay attention as much or as little as they care to in order to control what effect it has on them, emotionally and otherwise."

But what exactly is happening in your brain when you experience fear? Scientists at The Korea Advanced Institute of Science and Technology (KAIST),as reported by Science Daily, wrote that there are two types of fear: learned fear, and innate fear. The former is from experience and the latter is brought on with no experience necessary. Meaning, if you've shivered your way through a public speech, you're probably now terrified of podiums — that's a learned fear. However, you're innately afraid of a clown carrying an axe in the audience, even though this is the first time you're seeing one. You simply know that's bad news.

Researchers found that the fear response happens in the prefrontal cortex, which then triggers the hypothalamus to shoot out hormones that elicit the "fight or flight" response, according to Harvard University. The fight or flight response is a bit of a rush; it's that same tingly boost of adrenaline you feel when you're watching a movie and that super dumb teenager hides in the closet, only to be the next one hit by the clown from the audience with the axe. The whole time you know that guy was up to no good. I mean, he was wearing regular sneakers — obviously, it's so he could more easily catch his prey. Does no one watch the classics, anymore?

However, I spoke with neuroscientist Dr. Ekaterina Likhtik of the City University of New York's Hunter College, and she tells me that the things happening in your brain when you watch a scary movie are inherently different from what happens as a result of regular, run-of-the-mill fear. She says that when you see something scary in real life, it triggers the brain differently from seeing it on a screen. You know that the movie is a fantastical construct, and your brain perceives it differently. Although, she says that "On-screen violence is dominated by sensory and cortical processing, and is amygdala-activated just like normal fear," but that because it's removed from reality, our rational mind can interpret it as such.

In other words, a murderous clown chasing after you in real life would be less thrilling and more straight-up terrifying. Hopefully, though, you'll never have to experience the difference!