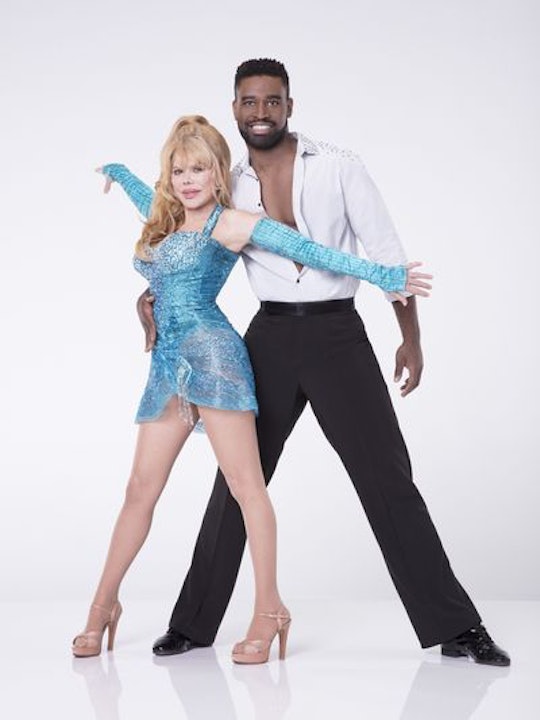 Charo Will Bring The Fun To 'DWTS'

Sometimes the “star” part of Dancing With the Stars isn’t entirely true as it might have been decades before their stint on the dancing competition show. But when you have a household name like Charo, you never really forget her. But what has Charo been up to? Dancing With the Stars is going to be another opportunity for the natural performer to show her skills on a dance floor and apparently, she’s never really stopped.

Although she’s known for her dancing and guitar talents, Charo is also someone who seems to elicit laughs anywhere she goes and in the past few years — long before DWTS asked her to join them for Season 24 — she was still putting her humor and talent to good use. For a while, Charo had a Las Vegas show called Charo in Concert: A Musical Sensation and according to the website for the show, she promised for it to to be, “Full of great music, dancing and lots of comedy. A real Las Vegas experience."

As the oldest contestant this season on DWTS, Charo, 66, is still as funny and deadpan as ever. During a break from rehearsals with partner Keo Motsepe, Charo told the New York Post, “There are 600 muscles in the body and 200 bones, and let me put it this way—each muscle was screaming at me, ‘You b*tch!’ I have certain muscles I didn’t even know I had. My neck was telling me, ‘What are you doing to me?’”

But before Charo was asked to compete for the Mirror Ball trophy, she was still making appearances on shows like Jane the Virgin and Don’t Trust the B---- in Apartment 23 as herself. She also appeared on the Game Show Network’s 2009 Game Show Awards in a schtick about her career and, as usual, she had the audience laughing. I can only hope she gets up to her usual antics as she competes on DWTS this season.

The best thing about Charo is that through the literal decades that she’s been performing with her now-famous stage name (her real name is actually María del Rosario Mercedes Pilar Martínez Molina Baez), she’s never been afraid to be herself and has always been so unapologetically that way. On an episode of OWN’s Where Are They Now, Charo’s adult son, Shel Rasten, spoke honestly about her and said that even if she can sometimes be embarrassing, she’s also “protective and very supportive to an incredible extent.” Charo responded with a few dance movies and said, “I go, ‘goodbye cuchi cuchi, have a good day” in front of the children.” Is it possible to love her any more?

There are some other experienced performers competing on Season 24 of DWTS, including Erika Jayne and Heather Morris, but neither of them also appeared on the show before. During Season 10 of DWTS, Charo showed up to help then-contestant Pamela Anderson with her flamenco dance routine. So obviously Charo is going to be some real competition, regardless of her age. In fact, she seems like the same fun-loving, hip-shaking performer she always was, so she’s sure to go far.