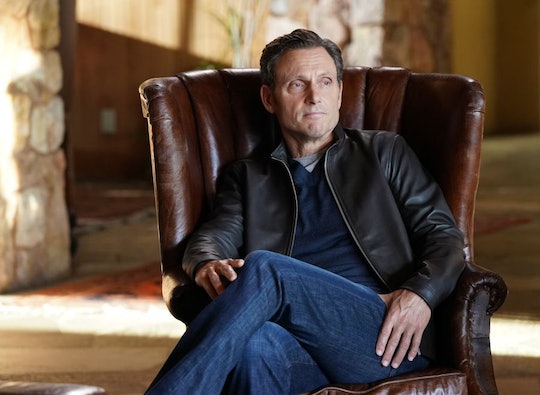 Fitz's Return To 'Scandal' Will Be Important

With the final season of Scandal well underway, there’s little time for forgetting core characters, especially Fitz, who fans are still shipping with Olivia, because of reasons. Like Vermont, jam, and that alternate reality where they end up together happy and in love. So when he was noticeably absent from the Season 7 premiere, viewers got worried. Luckily, he showed up at the very end of Episode 2, but what has Fitz been doing on Scandal?

The former president has been keeping busy with more important things than the government, or at least that’s what he’d have you believe. In the Season 6 finale, Fitz talked about starting his foundation in Vermont and potentially taking up fly fishing. You know, just Fitz things. But since he had just spent eight years as the president, you can’t really blame him. Even so, that left little place for him in Washington, D.C. anymore and that includes Olivia’s life.

As Mellie’s Chief of Staff, Olivia is now a big part of the White House, which leaves her no time for the seriousness of what being with Fitz would mean, so his absence from her life was understandable, if not somewhat heartbreaking. Now that he’s apparently back, though, it makes you wonder what Fitz has been on up on Scandal since Mellie has been the president. Unfortunately for Fitz, though, his life away from the White House probably wasn't as quiet and idyllic as he’d hoped it would be.

The promo for Scandal Season 7 Episode 3 is flashback heavy, chronicling how Fitz spent the time since he became relieved of his presidential duties up until now. And while at first, it seemed to be exactly what he wanted, the promo also shows him punching someone and finding Rowan Pope hiding out in his cabin (or the mansion version of that) in the woods. So, what does this mean for the former POTUS on Scandal?

Prior to officially leaving the White House, Fitz had the opportunity to run B613, but turned it down to leave Washington for good. However, judging by the apparent violence in Thursday’s upcoming episode and the fact that Rowan arrived at Fitz’s home, it looks like something big is about to go down that he either needs to warn Olivia about or get her help with. Of course, most fans would like to think that Fitz returned to Scandal for the sole purpose of asking for a place in Olivia’s life once again, but I feel like the romance part of their relationship is more endgame and end-of-the-season material rather than something to be dealt with right now.

Now clearly isn't the time to make "Olitz" a thing again when obviously he came back for an important reason, or else he’d have shown up on her doorstep weeks ago. Fitz more than likely began his time away from the White House working on his foundation, but clearly there’s more to the story. And since there isn’t yet a set story arc for Season 7 of Scandal, Fitz might be the one to bring the drama that will set the tone and main storyline of the entire season.

Since Rowan is part of the flashback to his time spent in Vermont, Fitz’s return to Scandal more than likely has something to do with B613 or the government. All I can do now is hope and pray that Fitz makes it out of Season 7 alive and well enough to finally live out that quiet Vermont life the poor guy has always dreamed of. And, if it’s not too much to ask, with Olivia by his side.