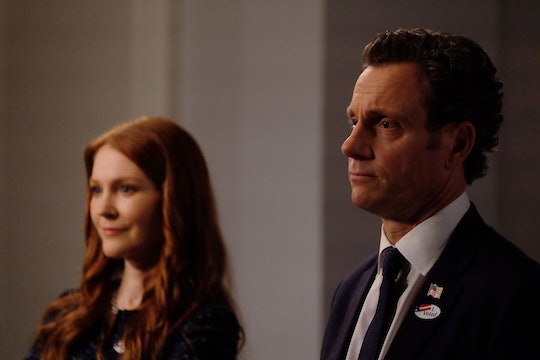 Fitz Will Be A Changed Man On 'Scandal'

Remember all that talk about Vermont and jam that Olivia and Fitz dreamed about in the beginning of Scandal? Well, it turns out that this may have been in their future after all, had Olivia not agreed to rig the first election that helped him win back in the day. Since Thursday’s episode will imagine what could have been, what is Fitz doing in the alternate reality on Scandal?Obviously things would have been very different if he hadn’t become president, but would it have been a good thing or bad thing for him? According to Entertainment Weekly, if Olivia never rigged the election and helped everyone in getting Fitz into office, Fitz wouldn’t have been the same man fans have come to know.

"He ultimately is quite different," Tony Goldwyn (who plays Fitz) told the outlet. "He’s very different… It’s just really interesting who he is and what he struggles with." I don’t know what that means for the outcome of both Mellie and Fitz and Olivia and Fitz, but judging from the promo for Episode 10, this alternate reality on Scandal could also mean wedding bells for Olivia. But whether or not that means she marries the would-be President of the United States still remains a mystery.

Call it a filler episode or an epic "what if" scenario for viewers to see what could have been, but something tells me that whatever Fitz is doing in the alternate reality isn’t going to be as fulfilling as becoming the president twice over. Throughout the past few seasons, Fitz has fantasized about what it would be like to no longer be in the Oval Office, but if he’s as changed as Goldwyn would have us all think, then maybe Scandal’s 100th episode is meant to let fans in on the idea that even if the first election was rigged, Fitz was always meant to be president.

Scandal isn't the first show to give viewers the It’s a Wonderful Life-type of treatment, but being such a milestone episode and the perfect time to put all of the other craziness on hold, it’s probably the best time to do it if they’re ever going to. And while so many supporters of "Olitz" want to imagine that he would have ended up married to Olivia with several small children on a Vermont farm, failing to win the election and failing his father will probably mean a very downtrodden type of Fitz we haven’t yet seen.