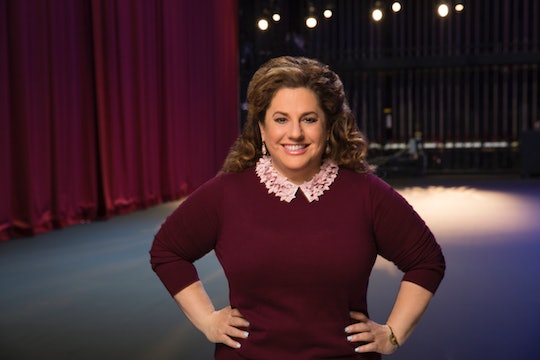 The celebrities for the first ever season of Celebrity Big Brother in the U.S. are already proving to be extremely memorable. But since some of them may not be as recognizable as others, you may be wondering who some of them are and what they were up to before entering the Big Brother house. Take Marissa Jaret Winokur, for example. What has Marissa Jaret Winokur been in before Celebrity Big Brother?

According to IMDB, Marissa has actually lent her voice to American Dad! over the course of the series. But chances are, you’re more familiar with some of her earlier projects. After all, the actress and performer has had a wide range of roles over the years. You might know her as the garage victim from the Scream spoof Scary Movie, or from her multi-episode arc on Melissa & Joey. She’s also appeared in some pretty big budget movies like Never Been Kissed, American Beauty, and Fever Pitch. In regards to TV shows, she's appeared in the likes of Retired at 35 and Stacked, but if you’re into theater at all, then you probably know her best as the star of Hairspray.

In 2003, Marissa won a Tony Award for Best Actress in a Musical for her role as Tracy Turnblad in the famed musical on Broadway. She returned to the role in 2008 to revive the character and remained in the part until its eventual close in 2009.

More recently, in 2016, Marissa landed the role of Winifred Sanderson in The Unauthorized Musical Parody of Hocus Pocus in Los Angeles. Although she had big shoes to fill, as the role was previously performed by Bette Midler in the movie, Marissa said told the KTLA 5 Morning News that if given the chance to do the show every year, she would. She also added that she spoke to Midler personally and that the actress — as well as the director of the original movie — were both excited for the production at the time.

Before the Hocus Pocus parody musical, Marissa also starred in a Bridesmaids parody musical and said in her interview that she’s "finding a niche" in being a parody musical star. Because of her years of experience as a performer, she was also a contestant on Season 6 of Dancing With the Stars along with fellow Celebrity Big Brother houseguest Shannon Elizabeth and placed fourth with pro partner Tony Dovolani. Not surprisingly, Marissa also appeared in the Hairspray Live! TV special in 2016, along with other past versions of Tracy Turnblad.

In the premiere episode of Celebrity Big Brother during Marissa’s introduction video, it definitely seemed like being a mom is her number one priority right now. But if she can win some money while appearing on her son's favorite reality TV show, that's probably more than worth it to her. Over the past couple of decades, Marissa has been a prominent fixture in theater, TV, and even movies. Whether she was in a starring role, a recurring role, or just had a bit part, she’s one of those actresses you somehow always remember.

The same can probably be said for the contestant we’re now seeing on Celebrity Big Brother. Judging by the way Marissa carries herself in interviews, I wouldn't be surprised to learn that the way she’s been in the Big Brother house is exactly who she is in real life too and it might be that bubbly personality and openness that helps her along in this competition.