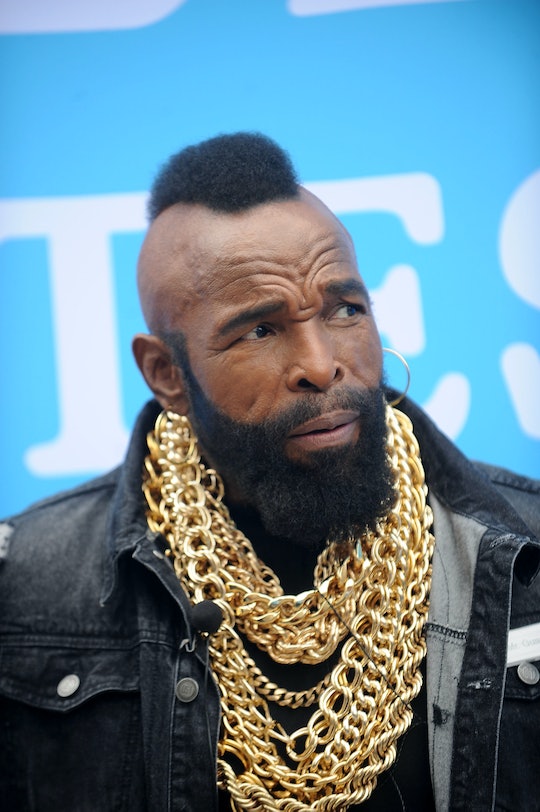 Mr. T Has Been Keeping Busy Prior To 'DWTS'

That alone will make fans want to keep him around this season. Mr. T, born Laurence Tureaud, perfected his character of Mr. T when he co-starred on the 1983 action movie Penitentiary II and much like any '80s character or character actor, the persona kind of stuck with him. And, actually, he's been getting steady work as Mr. T for the duration of his career, including voice work.

Whether he's been Mr. T while fighting for the WWF (now WWE) or lending his voice to The Simpsons or the 2009 animated movie Cloudy with a Chance of Meatballs, Mr. T has never really gone away.

Mr. T has been paired with Kym Herjavec, who placed first in Season 9 and 12 of DWTS, so he's definitely in capable hands. And, according to Closer Weekly, Mr. T isn't the least bit worried about the upcoming season. "Mr. T ain’t worried about nothing," he stated. "Them fools better be worried about us!" He's also reportedly donating the proceeds of his winnings, should he end up in first place, to St. Jude's Children's Research Hospital.

Mr. T, 64, has been pushing his body to its limits in his career for the past few decades, so the physical part of the competition probably won't deter him in the slightest. But since he's never taken on any similar dance competition spots in his career, it's definitely going to be a learning process. And lately, the actor is all about motivation and positivity, which are sure to go a long way on the show.