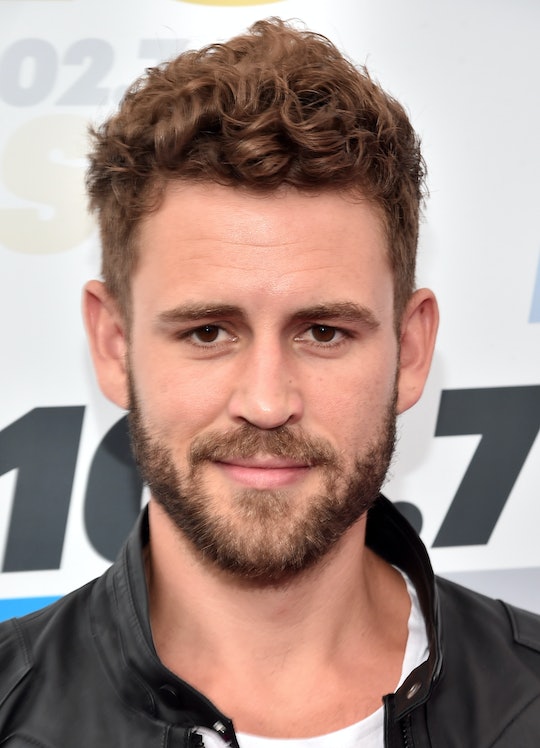 What Has Nick Viall Been Up To Since 'The Bachelorette'? He's Back In Front Of The Camera

Nick Viall has gotten to do something on The Bachelorette that few contestants get to do, and that's steal our hearts more than once. Not only did Viall end Andi Dorfman's season in second place (which doesn't really mean anything), but his Bachelorette reign didn't end there. He went on to place second (again, there is no prize for second place) in Kaitlyn Bristowe’s season, but what has Nick Viall been up to since The Bachelorette chewed him up and spit him out — twice? Obviously not one to be deterred by rejection, Viall got back out there, and while he remains single, his life has become a lot more exciting than it probably once was for a software salesman from Chicago.

Not only has Viall got into some modeling, which doesn't really surprise any of us, because, good looks and all, but he is going to come back to TV for Bachelor in Paradise, which should just warm our hearts. He said it himself via Instagram that BiP doesn't really have the option to have a second place contestant the same way The Bachelorette does, so hopefully for his sake he can find and keep love this season on Bachelor in Paradise. It should also be said that Josh Murray, Viall's rival for Andi Dorfman's heart in Season 10 of The Bachelorette, will also be on the show, but since they're both single now, maybe there will be no hard feelings, right?

Aside from apparently getting ready to go back on TV and try to find love again, though, Nick Viall has also been getting into that whole modeling career I was talking about. It's no real surprise, since it seems to be the trend on shows like The Bachelor or The Bachelorette that if you didn't already have a foot in modeling, you might end up doing some after filming. These are all really, really ridiculously good looking people, after all.

Modeling sunglasses and different clothing lines seems to be high on the agenda these days for Viall, though his most common endorsements seem to be for Fidelity Denim, which is all about jeans. Then there's Boda Skins, a line that focuses on leather jackets. Because you ain't cool if you can't take black and white Instagram pics in leather jackets. But if we're being totally honest here, Viall looks good in all of the above. I'm not gonna front.

All of this has just been child's play, though, because unbeknownst to us, Nick Viall was mostly just gearing up to head back to TV and be one of the many returners on Bachelor in Paradise. Obviously it's going to be a hot and drama-filled 12 or so episodes to help us play out the remainder of the summer once Bachelor in Paradise begins.