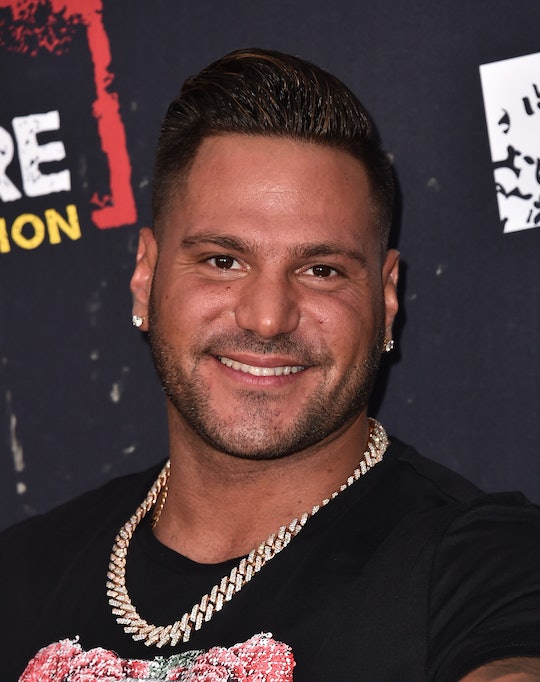 Ronnie From 'Jersey Shore' Is Taking On The Joys Of Fatherhood

The original Jersey Shore birthed a ton of amazing memes and gifs that are still relevant and loved today, several years after the show’s finale. Some of them included some of the memorable fights between on again/off again couple Ronnie Ortiz-Magro and Sammi "Sweetheart" Giancola. So with the return of most of the cast for Jersey Shore Family Vacation, it makes you wonder, what has Ronnie Ortiz-Magro been doing since Jersey Shore?

Since filming of the original show ended in 2012, Ronnie and Sammi, who had a notoriously tumultuous relationship over the course of the entire series, were still together. But since then, both of their lives have changed quite a bit. And for Ronnie, that means fatherhood, love, and a little bit of domesticated bliss. However, you’d better believe that just because Ronnie seems to be past his days of flipping Ikea beds over in the Shore house, that doesn't mean he’s any less exciting.

Judging from his Instagram, it looks like Ronnie is still very much into the GTL life that Jersey Shore made so popular, but he’s also been dating his current girlfriend and soon-to-be baby mama Jen Harley. They've been together since at least after February 2017, when he ended things with his then-girlfriend Malika Haqq, whom he met while filming Famously Single.

It’s hard to say exactly when he and Harley began their relationship, but they just welcomed a daughter into the world together on Tuesday, April 3. With that in mind, there’s a good chance that fans will get to see Ronnie's relationship with Harley play out on Jersey Shore Family Vacation.

Despite doing his fair share of social media schilling, promoting different brands and meal services like Mega Fit Meals, Ronnie also appeared on an episode of Famously Single on E! and several episodes of Snooki & JWOWW with his former Jersey Shore co-stars.

He also played himself in The Three Stooges movie in 2012. Given the cult phenomenon that Jersey Shore became and the dozens of catchphrases and memes that were born from the unique MTV hit reality show, Ronnie has never really gone away from the public eye. He’s definitely ready for all that being a dad entails, though, as he told People at the premiere of Jersey Shore Family Vacation in March. "I’m actually really excited. I have a lot of younger sisters, and I feel like this girl is going to make me softer," he said. He also stated that he hopes being a dad will "make me more normal and human, and I’m really looking forward to the next chapter of my life."

Although no one is ever entirely ready to be a parents, as much as they might think they are, Ronnie told People, "I’m like as ready as I’m ever going to be. But I’ve had younger sisters and I’m great with kids, and I’m actually looking forward to it. I’m not worried about it." If he plans to settle down a little more after being a dad, though, it will have to wait until after Jersey Shore Family Vacation, because we all know the kind of nonstop party that will happen on the ongoing reunion special.

Since Jersey Shore ended, Ronnie does seem to be completely finished with the part of his life that was an almost constant battle with his relationship with Sammi, even if fans of the original show loved watching the ups and downs of their romance. Instead, he’s been remaining close to his other Shore co-stars and settling down just a little bit. You can still totally fist pump with a baby in one arm.