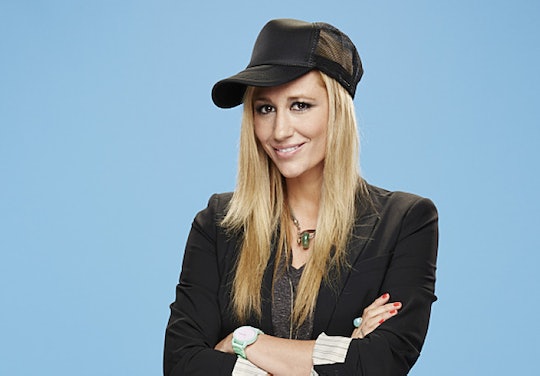 What Has Vanessa Rousso Been Up To Since 'Big Brother'? The Poker Star Broke Into Music

Since she came in third place on Big Brother 17, Vanessa Rousso has seemingly been on a mission to stay in the spotlight and live her life at the same time. You know, like out of a house with cameras in every nook and cranny. So, what has Vanessa Rousso been up to since Big Brother? She is still plenty into the poker life that has kept her afloat, but she also announced at the Big Brother wrap party that she'd gotten engaged to music producer, DJ, and all around badass Melissa Ouellet.

Judging by their lives on social media, Vanessa and Melissa have been pretty inseparable, even forming a DJ team called Girl on Girl DJ Duo, which isn't a bad marketing ploy and certainly broadens the horizon for Rousso. Not that she ever left her poker roots, because during her time in the Big Brother house, she was never very shy about her career as a World Series of Poker player. Even now, as a music producer and DJ, she's still very much on that poker grind. But with her top winning game to date being a prize of more than $700,000, can you really blame her for sticking with what she clearly knows best?

Other than delving back into poker and forming the Girl on Girl DJ Duo with her partner, Vanessa Rousso from Big Brother 17 has given us a new reason to follow her life because her relationship with Melissa Ouellet is freaking adorable. Relationship goals, like for real.

Besides showcasing their love and bragging about poker hands, Rousso is also supporting a new house guest for Big Brother 18, who is none other than her own sister. That's right, competition apparently runs in the family, because Tiffany Rousso, who did not list her sister as her favorite past Big Brother cast member, but we'll just chalk that up to not wanting to play favorites, was announced as an addition to the Big Brother 18 cast list. Does this give Tiffany an advantage over the other house guests for Big Brother 18? She did have someone close to ask for tips and tricks, but when it comes down to it, no amount of helpful hints will be the thing to make you win the show. And let's not forget, Vanessa came in third, not first, so there's that.

As For Vanessa Rousso's music career, though, it may be the real deal as she has actually studied four programs at the Berklee College of Music. And if you're interested in getting a taste of what the DJ team has to offer in terms of spinning sick beats (sorry about that), they have booking info on both of their Twitter pages. What's that? You want a sample now? Luckily, they have a demo on YouTube, as you can see/hear below. And I'm no music expert and certainly no producer, as the Girl on Girl DJ Duo says they are, but their sound is actually kind of good.

Since Big Brother 17 ended, Vanessa Rousso definitely hasn't been slacking off, or trying to coast on whatever reality celebrity status she gained from competing and finishing in third place. Instead, she seems to have gone right back to her life, only to bigger and better degrees. Oh yeah, and with the adorable love of her fiancée and business partner. So that's like a triple win, right?