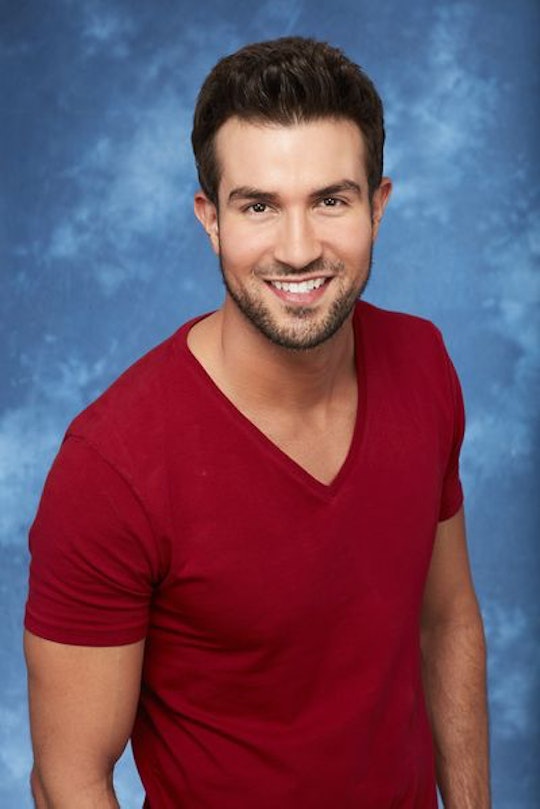 Bryan From 'The Bachelorette' Has An Impressive Job

On the season premiere of The Bachelorette, Bryan Abasolo pretty much had everything going for him. He showed up with enough confidence to be attractive but not pompous, he’s apparently a great kisser, and he landed the first impression rose. He also has a successful career, but what is Bryan’s job? The Bachelorette contestant works in the medical field, and he’s a chiropractor to be exact. According to his Instagram, his practice in Miami is thriving and full of co-workers and employees that seem more like a family, so in real life, he must be a pretty decent guy, right?

Bryan’s job title is Chiropractic Physician/Clinic Director of The Accident and Injury Team in Miami and according to his LinkedIn profile, the Bachelorette contestant has worked there for eight years. But despite having an actual career (whaboom and tickle monster do not qualify, thank you very much), Bryan isn’t necessarily the best choice for Rachel by the end of the season.

In an interview with Yahoo TV, Chris Harrison seemed to give a mild warning about Bryan, even if he called him a "good guy" in the Facebook Live announcement where he introduced all of Season 13’s contestants. "He is a very charming Colombian, Latin-lover type who swears he is ready to settle down with one woman, but we will see if he is really ready to take that big step in his life," Harrison revealed. Sounds pretty ominous, sure, but as the oldest contestant on Rachel’s season of The Bachelorette, the 37-year-old chiropractor could end up being the right fit for her.

The website for the Accident and Injury Team says that Bryan, along with the rest of the staff, "strive every day to make our patients feel like family" and among them have "over 50 years of combined experience," so yeah Bryan is the real deal. And although he’s located in Miami, he could easily trade one coast and ocean for another if Rachel were to choose him and settle down together in Los Angeles or even in her hometown of Dallas.

For those who aren’t too familiar with chiropractors, they focus mainly with the spine and other musculoskeletal areas of the body. Patients typically have issues that come from lower back pains or, in Bryan’s case, problems that arise from someone getting in an accident or injured some other way. Chiropractors also probably give really great back massages though, and that might be where he wins some more favor with Rachel this season on The Bachelorette.

He already wooed her with more than one amazing kiss, so whatever his hands can do with those years of experience, might be the next way to connect with her if they get a one-on-one date in the near future. Their physical connection aside, though, Bryan’s job proves that he already has a career that he’s serious about and maybe the next step is getting serious about a woman. In this case, Rachel.