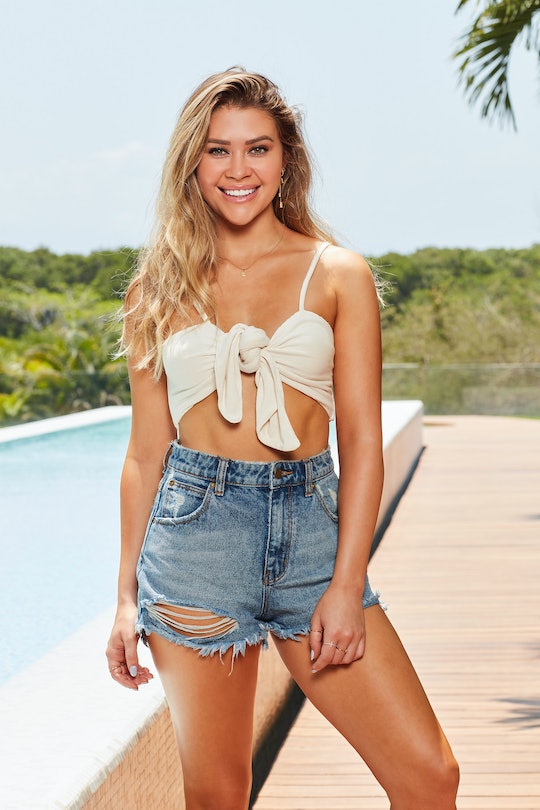 Caelynn's Instagram After 'Bachelor In Paradise' Shows Another Side Of Her

Bachelor in Paradise wouldn’t be the same if two or more cast members didn't go into a season without pre-show drama. Blake started Season 6 with the intention of finding a partner, while Caelynn showed up armed with the knowledge of their one night stand a day after he’d had a similar overnight date with Kristina. Caelynn’s concerns about Blake ghosting her afterward and in Paradise surprised him, but Caelynn’s Instagram on Bachelor in Paradise shows how unbothered she is now about the whole ordeal.

Caelynn explained on the season premiere that she and Blake hooked up at the Stagecoach Musical Festival in April, a couple of months before Bachelor in Paradise started filming. She said Blake was honest with her about also sleeping with Kristina, but after he and Caelynn had their short-lived fling, he allegedly failed to keep in contact with her. Caelynn then said that Blake told her he didn't want anyone to know about them and when he seemed to avoid her on the Bachelor in Paradise season premiere, it apparently confirmed Caelynn’s concerns about what he thought of her.

In Episode 2, Blake had the opportunity to say his piece with Caelynn and hear her side of things. He told Caelynn he didn't mean to ignore her and that he didn't tell her she was a mistake, but the damage had already been done with the other cast members on the beach. Luckily, Caelynn didn't take any of that anguish home with her and, judging by Instagram, the weeks following Paradise were a lot easier for her.

Part of the reason why Caelynn moved on from the Blake drama post-Bachelor in Paradise could be because she gets closure at some point this season. She said on Tuesday’s episode that she just wanted to move past it with him and put their past behind them. It doesn't necessarily mean Caelynn is ready to consider Blake one of her besties, but it could have been the conversation she needed to begin to move past the drama for the sake of her experience this season. And if that’s the case, it makes sense that Caelynn’s Instagram shows a more carefree and hopeful side of her.

On Instagram, Caelynn stopped posting photos from June 1 to July 1. Assuming that was the time period when she was gone for Bachelor in Paradise, her posts afterward make it seem like whatever happened with Blake in Paradise definitely didn’t exacerbate her problem with him.

Caelynn has grown a lot closer to her former Bachelor co-star Cassie since the show ended and she seems to have leaned heavily on her friendships since everything went down at Stagecoach. She didn't take any of that drama to Instagram, so it’s possible she was able to move past it until she saw Blake again in Paradise. She did post "Paradise is coming, not sure how to feel" and "I’m gonna need a lot of happy juice for this one" on a couple of photos in reference to Bachelor in Paradise, but the captions seemed to be relatively light-hearted.

Although Caelynn expressed to Blake on the show how he made her feel following their night together at the music festival, she seems to have been able to move on from it and from him.

She’s still close to other people in Bachelor Nation, but hopefully, Caelynn was able to find closure this season so she could leave Mexico with a clear head, looking forward. Right now, Caelynn is just busy doing her while being totally unbothered by the Blake drama of her past and it’s working for her.