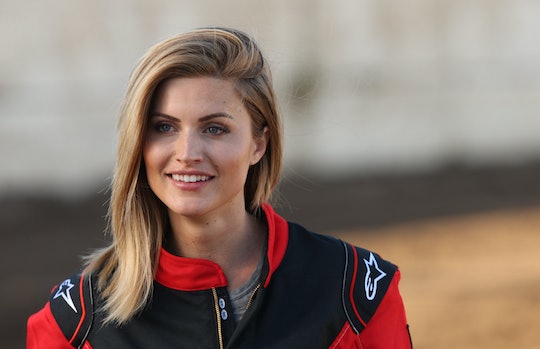 Chelsea Is Celebrating Some Big News After 'The Bachelor'

If you thought Chelsea Roy was going to be the villain of the season, you weren’t alone. But somehow we’re at Week 6 and she’s proven herself to be one of the more down to earth and approachable contestants who is literally here for the right reasons. When it comes to her life outside of the show though, what is Chelsea doing after The Bachelor? While it’s not clear yet how far she makes it with Arie Luyendyk Jr., she’s definitely made some bold moves when it comes to her career, and those moves have kept her in her home state of Maine with her son.

If you take a quick glance at Chelsea’s Instagram, you can probably tell that since filming of The Bachelor ended for her, she’s been able to make up for any loss of time with her three-year-old, Sammy. But there have also been other exciting developments in her life. In December, she posted that "a very exciting new chapter in my Real Estate career is in the works" and while there haven't been any posts to officially announce what that new chapter is, there is a link in her bio that redirects you to the website of Townsend Real Estate & Art Gallery.

Chelsea is listed on the website under the "agents" tab, which means that she’s transitioned from being a real estate executive assistant to a full-fledged real estate agent herself.

Chelsea previously worked with Dambrie Garon Real Estate Experts and, as recently as September, the agency posted a video with Chelsea, describing her job and importance with the company. However, it has since been removed from YouTube, likely because Chelsea is no longer an employee of the company and has moved on to join Townsend Real Estate & Art Gallery as an agent. Although Chelsea hasn’t been all that vocal about the change on social media, the small details thrown in here and there show that she’s proud of the shift in her career and what it means for the future of both her and her son moving forward.

On The Bachelor, Chelsea recently opened up to Arie about her relationship with her son’s father and how at the time of their split, she’d been left with nothing and had been forced to basically work from the ground up with a new baby to care for. Thanks to her real estate experience and the years of modeling under her belt, Chelsea was able to make what appears to be an amazing life for her son and she seems to only be moving up from here.

Shortly before The Bachelor Season 22 premiered, Chelsea spoke to Glamour about how she decided to apply to be a contestant and what made her a good fit for Arie. While she applied at the urging of her friends, she did mention that "where I am now, today, is probably the most happy I’ve ever been and the most confident I’ve ever been," which in her eyes made her totally ready to give herself over the possibility of finding love on a reality TV show.

I still don’t know how far Chelsea is going to make it this season, but she was an easy favorite for Arie early on and that hasn’t really wavered just yet. And if they didn’t already have real estate in common, she’s now virtually where he’s at career-wise, which makes them even more perfect together. Regardless, it’s more obvious than ever that Chelsea really doesn’t need a man to find happiness or success and that basically makes her a winner in my book no matter what.