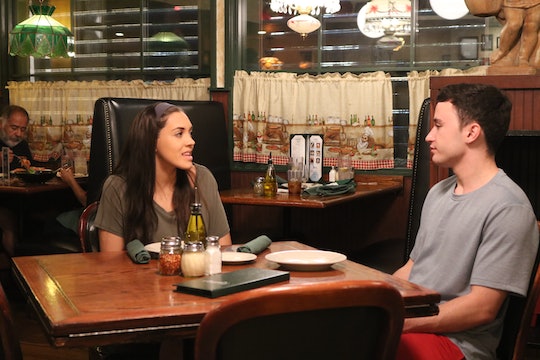 Here's What Chloe's Doing After 'Unexpected'

Season 2 of TLC's reality docuseries Unexpected premiered with new expecting teen mothers ready to share their journey toward expecting the unexpected. In the first episode, viewers met Chloe, a 16-year-old from Arizona who was 27 weeks pregnant by her 18-year-old boyfriend Max. Fans hooked on her story may be wondering: what is Chloe doing now after Unexpected? By the looks of her Instagram account, she's doing exactly what any other mother of an adorable two-month-old baby girl would be doing: happily bonding with her daughter.

She's been updating her social media more regularly since her baby Ava Grace was born, which is no surprise, considering Chloe now has an unending source of cuteness to capture. (Back when she was pregnant, there would be months-long gaps between posts.) Plus, fans of the show are probably eager for updates, so all the more reason for Chloe to give the people what they want! There are plenty of snaps of her baby girl doing things like taking her first dip in the pool, playing with Snapchat filters, and getting her first baby portraits done. And Chloe seems to be cashing in on her reality stardom with some sponsored posts, too, which is probably hugely helpful for a young family trying to support a baby.

Chloe's mom Jessica and step-dad Nate also feature prominently on the show as a huge part of their daughter's support network, and they expressed some reservations about Max's ability to provide for his family. "Basically, I’m making good money right now, so I’m not stressed out, it’s pretty simple," Max responded to the matter (though not everyone believed him). Hopefully Chloe can make the most of her potential #influencer opportunity to bring in some extra funds.

Baby Ava, meanwhile, seems to be doing great, thanks to her two doting parents. And Max is clearly over the moon to be a new dad, tweeting after his daughter was born, "I’m going to be the greatest father of all time !!! love at first site now I have my own family couldn’t be happier."

We learned from Chloe's mom in the first few episodes of Season 2 that she was forced to change schools in order to accommodate her pregnancy, which sounds like a rough transition for a high school cheerleader who looked like she had a blast at her former school's homecoming. But one Instagram post show her attending an old friend's graduation, so it seems like she's kept friends from her old school close.

There haven't been many updates from Chloe about life at her new school, but since the school year has just begun and she's currently very into showing off Baby Ava on the 'gram, it's not totally surprising that school doesn't feel exciting enough to post about right now. Ultimately, she and Max seem to be going strong together, with a couple of cute pics of the pair also in the mix amongst Ava's photos. Chloe's story keeps unfolding on Unexpected Sunday nights on TLC.