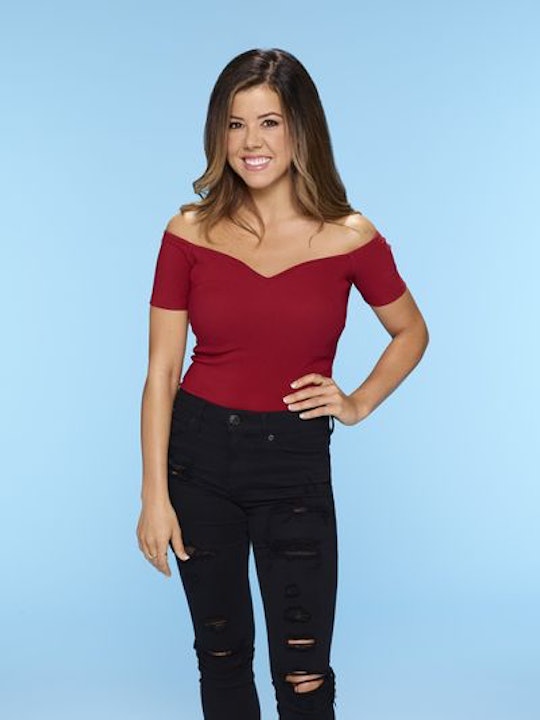 Christen Is Keeping Busy After 'The Bachelor'

It can't be easy being the only other woman in the Bachelor mansion to know about Liz and Nick's one night stand, but Christen was able to keep it secret and be considered a pretty genuine gal pal during last week's episode. And while Liz was eliminated shortly after, it says a lot about Christen that she didn't immediately run and tell everyone the news. So now that everyone loves her (fans included), you've probably found yourselves wondering: what is Christen doing after The Bachelor? It remains to be seen if the contestant makes it far enough to be a real contender or if her connection with Nick never really gains any footing, but either way, she seems to have been up to a lot since filming wrapped on The Bachelor.

The Tulsa, Oklahoma wedding videographer is back at it again, and has been immersed in some very important volunteer work for a couple of different charities. Before she had ever decided to try and be a contest on The Bachelor, Christen was working with Two Cents Project, in order to bring awareness and hope to those living on the streets while hearing their stories. The organization is faith-based, and as the tattoo on Christen's wrist will tell you ("The life of Jesus in symbols," according to her Bachelor bio), faith is obviously a big part of her life and what drives her.

In addition to her work with Two Cents Project, Christen recently attended a charity event for the Central Kentucky Wildlife Refuge and teaches dance lessons on the side. Basically, even if she doesn't end up with Nick, the Bachelor contestant has been keeping busy in her personal life not only through charity work and causes that are important to her, but also with her work as a wedding videographer. And although a lot of Bachelor and Bachelor In Paradise stars end up branching off to promote different shakes, clothing lines, and meal planning skits via social media, it looks like as of right now, Christen is still a real person with admirable aspirations.

Since The Bachelor, it looks like Christen did make a move to Nashville, but it's unclear what that move was about exactly or how long she'll be there. Still, she won't be alone as far as Bachelor Nation alums go, as engaged couple Carly Waddell and Evan Bass are still living it up in Nashville in pre-marital bliss.

As to be expected, her social media content can't give too much away in regards to what's particularly new in Christen's life since The Bachelor, but she's also not quiet about her love for religion and her plans to continue following through with her work. In the caption of one of her photos shortly after New Years Eve, Christen wrote, "As for me, I believe that God is the giver of all good things. I trust him with my life and I'm thankful for the people I get to share life with. 2016 you have been so good to me. As you come to an end, a big cheers goes out to new friendships, new experiences, new opportunity, new freedom, new achievements, and new growth."

It's hard to say if that means that 2016 gave her a fiancé in the form of one Nick Viall, but something tells me that she'll be just fine even if it didn't.