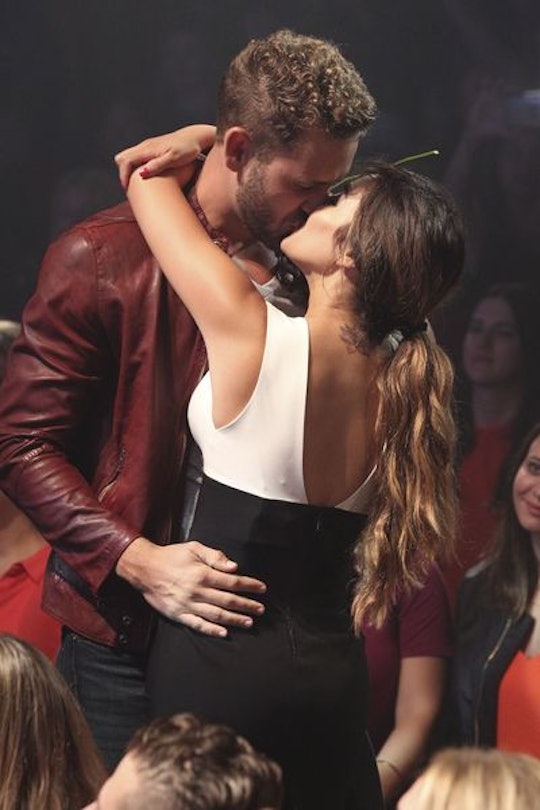 Danielle L. Is Hard At Work After 'The Bachelor'

It's hard to believe that Season 21 of The Bachelor is almost halfway over. And by hard to believe, I mean I still can't handle trying to decide who Nick should choose from the 12 remaining women. But while fans work on their Bachelor fantasy brackets, it's totally OK to think about the remaining women and what they're doing now that filming is over for the show. That being said, what is Danielle L. doing now after The Bachelor? The contestant was one of the first to get an amazing one-on-one experience with Nick at the Backstreet Boys concert and she's only gained favor from there.

She might not be as dramatic as Corinne or as confrontational as Taylor, and probably not as funny as Alexis, but Danielle L. has a lot to offer and clearly Nick sees that since she's still around. But now, in real time, Danielle L. seems like she's totally embraced the notoriety that The Bachelor has afforded her. She's gotten into some modeling, but Danielle L. also continues to do well with her other business endeavors.

When she was on the show, she listed her profession as "small business owner," and according to her LinkedIn account, Danielle L.'s small business is still thriving over at Champagne Nail Lounge in Los Angeles. As the Chief Business Development Officer, she undoubtedly has a lot on her plate, but given how amazing the place looks, I'd say it's nothing she can't handle. Danielle L. is clearly a career-driven woman, intent on keeping busy, and regardless of how far she ends up going this season on The Bachelor, that's clearly her goal.

According to her Instagram, she recently did some traveling to Thailand, but now that she's back home in L.A. it's business as usual. On The Bachelor, Nick seems to have a real interest in her, so as the weeks progress, she could stand a real shot at making it to the end of the season without getting cut. But with Danielle L., there's so much more to her than getting roses week after week. Even though yeah, that's pretty damn important.

On her LinkedIn profile, Danielle L. went from working as the manager of a nail spa to eventually becoming the person in charge of launching stores, and now she's dipping into the modeling pool, but not without maintaining her career goals. Obviously there are no dead giveaways on Danielle L.'s social media accounts to say if she ends up with Nick or not, but when you look at all she's accomplished and continues to accomplish, that almost doesn't even matter anymore.

But don't get me wrong — it would still be amazing to see her go far, if not, win the whole thing, so there's absolutely nothing wrong in continuing to watch her progress on The Bachelor.