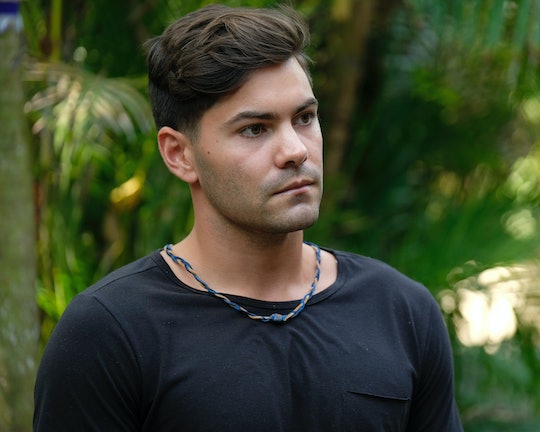 Dylan's Instagram Before 'Bachelor In Paradise' Shows Another Side Of Him

Every season of The Bachelorette starts off with 30 contestants, so if you don't quite remember Dylan from Hannah’s season, I don't blame you. He was one of the nice guys who accidentally flew under the radar thanks to all of the ongoing drama between the other men. He was given another chance at love and roses in Mexico, but some fans might still be wondering who he is and what Dylan’s Instagram is outside of Bachelor in Paradise.

Since social media is sometimes the window into the soul, that’s an understandable concern, and it might help Bachelor in Paradise fans get to know him a little better as he hopefully falls in love this season. Dylan’s Instagram, which can be found here, is a testament to his love for his family and his devotion to his business, Vizer. Although he didn't get the chance to go into his career much on The Bachelorette between Luke P. jeopardizing Hannah’s time and Jed serenading her, Dylan is serious about the business he founded with his cousin and on Instagram, it shows.

Vizer is actually an app you can download to log your workouts, reach daily goals, and earn meal donations to then be sent to the Jacobs & Cushman San Diego Food Bank on your behalf. The more you workout and log, the more donations you can provide and the more rewards you earn back yourself to redeem things like a free salad for yourself. Dylan wasn't able to go into detail about it all that much on The Bachelorette with Hannah, but he seems ready to be as open as possible on Bachelor in Paradise.

Because Dylan started the business with his cousin, it should come as no surprise that he’s close to his family. But he also posted a heartfelt Mother’s Day photo and caption for his mom this year which included, "Happy belated Mother's Day to the most important woman in my life. I couldn’t have asked for a better role model. So glad I was able to spend the weekend celebrating with you." Is Hannah ready to lock this down or what?

Dylan also often posts photos of his late dad and in the captions, he frequently reminds his followers to appreciate those close to them and understand that life can be fleeting. Unfortunately, fans didn't get to see a lot of this family-oriented and sensitive guy when he was on The Bachelorette. Hopefully, he and Hannah can open up to each other a little more on Bachelor in Paradise and give everyone a chance to really get to know who he is.

In the preview for Bachelor in Paradise Season 6, it looks like Hannah is forced to juggle Blake and Dylan and wrestle with her feelings for both of them, so viewers can probably expect to see a lot more of Dylan than they did on The Bachelorette. Luckily, he seems to be the man sitting next to Hannah when she opens her fantasy suite letter from Chris Harrison later this season, so there is hope that he ends the season on a high note.

Dylan has already shown a side of him that Hannah seemed to like and the fact that Blake is open to several other women this season might make it easier for her to stick with Dylan. I’m not sure if they will be one of the engaged couples by the end of the season, but I do see them working out beyond Bachelor in Paradise. Judging by Dylan’s Instagram, he is ready to find someone to share his life with.