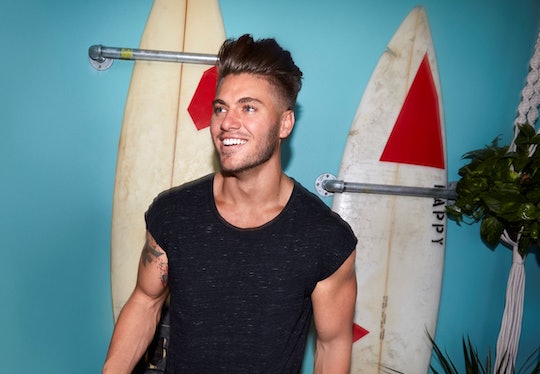 Gus From 'Floribama Shore' Has A Pretty Interesting Day Job

Before Floribama Shore, most of the cast members were average everyday people, but now that Season 2 is underway, they’re all celebrities in their own right. And after the season premiered with nearly one million viewers, I’d say they all have plenty of job security with the show at the moment. But for some of them, they’re still leaning on their former professions, like Gus’ job outside of Floribama Shore, for example.

He actually has a really interesting career that he’s proud of and has included in his official Instagram bio as well. Not only is he a model, he’s a cover model for romance novels.

Just call him our modern day Fabio, because over the course of his new career, he’s been on the cover of at least 40 different romance novels, meant to play the part of whatever lead male character is outlined in each story. Before he broke out into the world of book cover modeling (I didn't even know that was an official thing, by the way), he’d been your standard model, so apart from Floribama Shore, Gus us making money on his own and building a solid career for himself outside of reality TV.

Gus spoke to Us Weekly in 2017 about his relatively new career as a romance novel cover model and revealed that it’s really been a whirlwind of a job switch for him. "I was 19 at the time and I was talking to a girl who was into modeling," Gus said, of being introduced to the world of modeling. "I went with her and her agent happened to be there and she looked at me and said, 'You have a really good look. I’d love to work with you sometime.' I shot with her and ended up signing with that agency."

He added that two weeks after, he signed with eight different modeling agencies in Florida and it wasn't long before a book publishing company contacted him for cover work. "Different companies started reaching out to me and it blew up! I didn’t know anything about that world — it was crazy how it happened. I just got thrown into it."

At the time, Gus had already modeled for 40 different book covers and although Floribama Shore takes up a certain amount if time per year with filming and general promotion, he still seems all about that cover model life. "I’m coming for Fabio’s spot. He better look out!" Gus joked to Us Weekly. "All the companies that I’ve worked with have all kind of freaked out. Usually it takes a while to get your name out there. I’ve sold 40 in the last year… 40’s a good bid. I was surprised. I didn’t expect it to take off the way it did."

As fans know, Gus comes from a modest and more traditional type of family who he hasn't talked about too much on the show in order to guard their privacy as best as he could. So taking on modeling was likely a big shock to them, even if it’s enabled Gus to make a career for himself. According to his Instagram, he might also be branching out into acting at some point in the near future. He recently posted a photo from an on-set camera and captioned it to let fans know that he has a "new project coming out soon" and included hashtags of #Hollywood, #California, and #Acting, so I highly doubt Gus’s career starts and ends with romance novel covers.