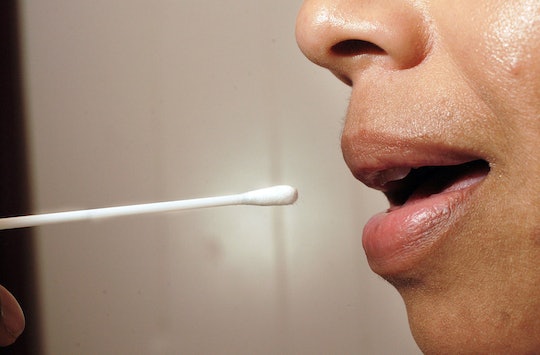 The looming repeal and replacement of the Obama administration's Affordable Care Act may be the most prominent partisan health care issue of the political moment, but it's not the only one. A newly-proposed Republican-sponsored bill, which has already passed one U.S. House committee along a party-line vote, would require employees to turn over their genetic information to their employees — or face a financial penalty. Opponents of the proposed bill, known as H.R. 1313 are outraged at the infringement of privacy it could represent, while its supporters insist that it's crucial to endorsing worker wellness. And it would affect pregnant women — a population that's already vulnerable in the workplace — just as much as their coworkers.

Essentially, the Preserving Employee Wellness Programs Act would entitle employers to request their employees' genetic information as part of "voluntary" workplace wellness programs, The Washington Post reported. But the idea that this is in any way contingent on workers' choice falls away at the realization that the bill would entitle employers to charge them up to 30 percent of their health insurance costs if they opt not to participate. This could work out to thousands of dollars annually.

And that means that the bill would be in violation of both the Americans with Disabilities Act and the 2008 Genetic Information Nondiscrimination Act (GINA), according to a letter that nearly 70 consumer, health, and medical advocacy groups sent to members of the U.S. Committee on Education and the Workforce shortly before the committee approved the bill.

According to STAT News, GINA prohibits employers from compelling employees to undergo a genetic test and from even asking them to do so. An exception, though, exists from when such testing is voluntary — which proponents of the H.R. 1313 claim it is. And the Republicans advocating for its advancement insist that it's essential for promoting good health habits among employees who are part of a group health plan. To help make that possible, it "would provide employers the legal certainty they need to offer employee wellness plans, helping to promote a healthy workforce and lower health care costs," according to a U.S. Committee on Education and the Workforce press release.

Tenets like basic biometric screenings, access to gym memberships, and health care-related questionnaires typically make up these wellness programs, Forbes reported. Because they tend to lose money for a company and are minimally effective, some are pulling back on the initiatives. Still, STAT News reported that some employers favor them as a way to force workers to shoulder more of the health care costs.

Such "voluntary" workplace wellness programs already scored a series of big victories with with the 2010 passage of the beleaguered Affordable Care Act. According to STAT News, refusing to participate in such programs already can result in a 30-50 percent markup in their employer health insurance costs — and taking part may subject employees to questions about personal habits, like plans to get pregnant. They may also be forced to attend weight loss and smoking cessation classes, for example.

The Preserving Employee Wellness Programs Act, or H.R. 1313, takes even that a more than one step further by entitling employers to their genetic information as a part of this. And, if it eventually becomes law — a long process that only 4 percent of proposed bills achieve — it could have calamitous effects. During the hearing over H.R. 1313, New York Rep. Louise Slaughter, a Democrat, recounted how it had taken her 14 years of advocating to pass GINA in the first place, and detailed how undermining it could help employers discriminate against people with "bad genes."

The genetic information in question could also reveal to an employer whether an employee is pregnant — and preventing that was one of the driving forces behind GINA in the first place. According to the science blog Plos One, in the 1998 case Norman-Bloodsaw v. Lawrence Berkeley Lab — which the GINA legislation refers to — clerical and administrative workers won the right to sue their employers for ordering tests for "highly private and sensitive medical genetic information such as syphilis, sickle cell trait, and pregnancy."

The passage of a bill chipping away at GINA begs the question: Will pregnant women once again be at risk in that way?

Pregnant women already stand to lose important workplace protections, such as crucial breastfeeding options, with the now seemingly inevitable repeal of the Affordable Care Act. Discrimination against pregnant women also runs rampant in some workplaces, taking the form of failing to provide "reasonable accommodations" or even straight-up firing. Requiring that they allow their employers access to their genetic information could expose them to even more discrimination, even if that's not the stated intent of the bill.

After all, adding "bad genes" on top of a pregnancy, and the time off women need that comes with it, turns some employers off fast.