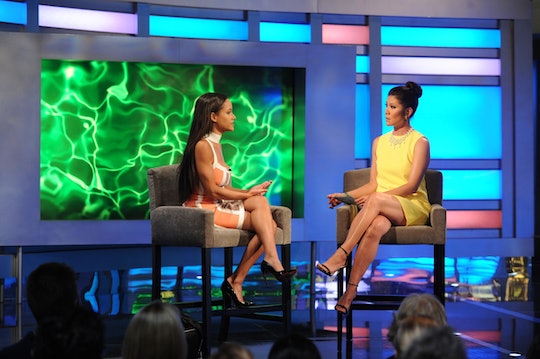 It’s not a reality dating show and it’s certainly not The Real World, but Big Brother this season has been home to several showmances that have seemed to stand the test of the house. Jessica’s showmance with Cody was what ultimately took precedence over the show itself, but since she seems to have no regrets, what is Jessica doing after Big Brother 19? Contrary to the worry that her relationship with Cody was just a Big Brother fling, she has big plans to continue that relationship once the season is over and that includes spending time with Cody’s daughter.

So even if, in the end, Jessica gave up on the strategic gameplay in the house, she got something else out of it. She spoke to Entertainment Weekly following her Big Brother 19 eviction and said that although it became difficult to trust anyone in the house, which resulted in her plan to give up trying to campaign during her last week in the house, she’s grateful to still have Cody. "I can’t wait for Cody to get out of the house," she said. "Sucks that I have to wait six weeks for that to happen. I promised I would take Cody and Paisley to Disneyland, the happiest place on earth! We’ll split our time between Dallas and Los Angeles and I’m really excited about it."

Even though Jessica was evicted on Big Brother 19 just one week shy of being able to make it to the Big Brother jury house, she doesn’t seem to hold any hard feelings toward the show in general or any regrets about the game she played. As a superfan of the show who watched it with her family growing up, Jessica might have gone a little further had she not entered into a pretty serious showmance with Cody, but after Big Brother 19, it seems like it was worth it for her.

On Aug. 11, Jessica did an Instagram live video about her eviction and time on Big Brother 19. Besides getting back to work as a VIP concierge, Jessica’s main focus seems to be her relationship with Cody. "I do miss Cody," she admitted in the live stream. "We have a deal that every night at nine o’clock we are going to be on [Big Brother] live feeds. He knows that I’ll be watching, so hopefully he talks to me."

She also revealed that she and Cody have plans to continue their reality TV partnership on CBS’ Amazing Race. "If you guys wanna see Cody and I on Amazing Race, harass CBS," Jessica urged fans. "Because Cody and I are not done competing." If they were to be selected as a pair for the competition show, they wouldn’t be the first Big Brother couple to go on to do so.

Seasons 11 and 13 Big Brother contestants Jordan Lloyd and Jeff Schroeder developed a showmance on both seasons and after Big Brother 13 went on to compete on Amazing Race as well. And for all of the "Jody" shippers out there, Jordan and Jeff are now married and welcomed their first child in 2016. So they definitely have a shot of working out in the long run.

Jessica was a Big Brother fan before she became a contestant and even though her time has ended, she still continues to follow the series and support Cody.