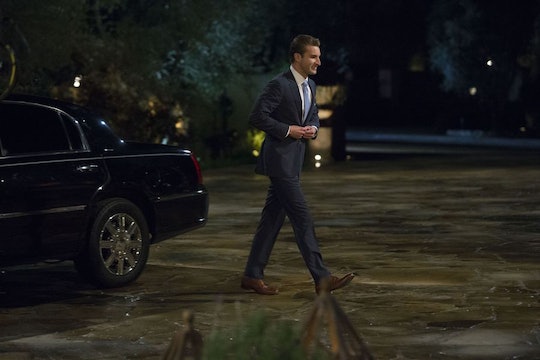 Jonathan Is Doing Well After 'The Bachelorette'

When you go on The Bachelorette and totally embrace some weird persona that's used as your identifying title instead of your actual profession, you have to expect that you’re not going to be kept around for the long haul. And unfortunately for Jonathan, that was the case during Monday night's episode. To be fair, he lasted longer than the aspiring drummer and Lucas the "whaboom" guy, but what is Jonathan doing now after The Bachelorette?

The tickle monster has hobbies other than tickling complete strangers on national television, believe it or not. In fact, he seems to be a pretty serious surfer when he’s not busy treating patients at the family practice where he works in New Smyrna Beach, Florida. Although The Bachelorette contestant’s Instagram account is relatively bare, there’s a throwback from his long-haired days of surfing that says he’s still very much into the sport, even if he’s adopted the ways of being a clean cut physician.

And recently, Jonathan posted a photo of himself in the second place winner’s circle of a surfing competition with the caption: "Someone once said 'if you're not first, you're last' But today i say cheers to 2nd place! Hahaha." Now, to be fair, he didn’t last long enough to be too upset about being sent home, so it shouldn't come as much of a surprise that Jonathan is doing just fine after his days on The Bachelorette.

When Rachel sent him home Monday night, it was long after he got to go on the group date spelling bee competition, but that was his last big date with her and he never did get a one-on-one. Yes, in Bachelor Nation this is considered a date, but apparently his spelling skills weren’t enough to win over Rachel for another week.

When Rachel sent Jonathan home on The Bachelorette, she didn't say he did anything wrong, but she did mention earlier in the episode that she was looking for men to be in love with, not simply date. And obviously she didn't see anything in Jonathan for the long-term. But to his credit, Jonathan took the rejection well enough and luckily he didn’t try to get in any last tickles before he left the Bachelor Mansion for good. And now, it looks like Jonathan is doing his own thing and happy to be doing it, even if he’s short a few roses and definitely didn’t even make it to the part of The Bachelorette where they get to travel internationally for free.

But in real time, Jonathan recently went on a weekend trip to San Juan, Puerto Rico with the "bros," according to his Instagram, so he’s definitely not suffering from any unforeseen case of wanderlust after being sent home on The Bachelorette so early in the season.