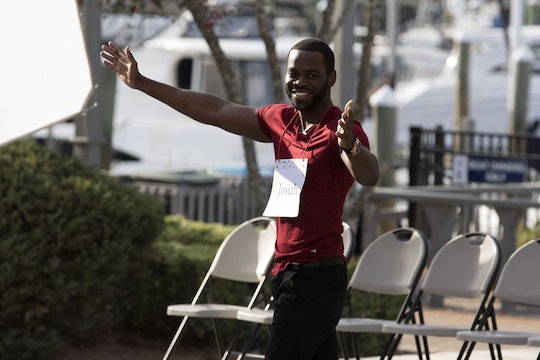 Josiah Has Big Plans After 'The Bachelorette'

At this point on The Bachelorette, you either love Josiah or you still don’t know what to think of him. But after watching him dominate and show excessive celebration after the spelling bee group date, it’s clear that he definitely knows how to have a good time. So, what is Josiah from The Bachelorette doing now?

It seems like he’s still enjoying life and having fun, and for good reason. As an attorney and motivational speaker, he works hard, so it’s only natural that he allows himself to play even harder, right? But in the middle of throwing his Bachelorette watch party and spending time with friends and family, it looks like Josiah’s career has taken a turn for the better.

At the end of April, he posted a professional looking photo of himself on his Instagram with the caption:

Today is my last day as an Assistant State Attorney for Broward County. It's truly been an honor and a privilege to serve my community over the last two years. On Monday, I will transition into civil practice and continue serving in a different capacity. I will join the law firm of Kelley Uustal in their Personal Injury and Tobacco litigation unit and fight for those who have been catastrophically injured.

So even if he doesn’t win or even make it much further this season, Josiah’s career is about to make him even busier than he was before.

Although it’s not clear exactly when Rachel sends Josiah home (or if she does at all), filming Season 13 is completely done, so Josiah is back on social media and it seems like he still had some success this year, even if it might not have been in the form of romance. When Josiah came on the show, he was still working as the Assistant State Attorney for Broward County in Fort Lauderdale, Florida, but now he’s transitioned to working strictly for the Kelley/Uustal Catastrophic Injury and Wrongful Death firm.

This is the same guy who faked a British accent to go all Game of Thrones on everyone with Kenny and the same one who was so excited to win the spelling bee that for a minute it was The Josiah Show. But that’s also what’s really cool about The Bachelorette contestant, since he can go from serious attorney one minute to playful life of the party the next. And you can't help but love him for it.