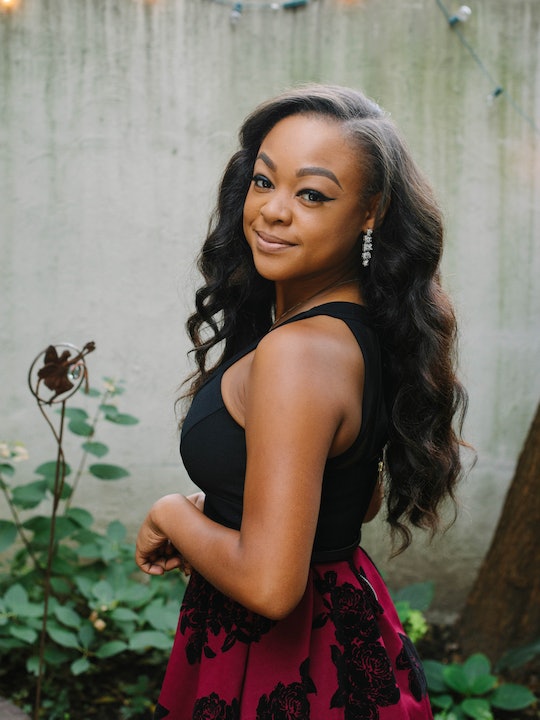 The wedding bells have rung and Kristine and Keith are no longer strangers, but they still have a lot to figure out on Married at First Sight. As with every season, first comes marriage, then comes figuring out literally everything else. For the most part, they seem compatible, at least in their meetings with Pastor Cal, but there’s only so much you can learn about the couple from the Lifetime series. So, what is Kristine’s Instagram outside of Married at First Sight Season 8?

The real estate agent keeps her social media private, so unless you’re lucky enough to be accepted as one of her Instagram followers, you’re going to be locked out of that aspect of her life. What that does tell me, though, is that despite going on TV to find marriage and her soul mate, Kristine likely did it all with the intention of just that, rather than getting her 15 minutes of fame.

As fans have seen so far this season on Married at First Sight, Kristine is serious about her career and, despite having one of her expectations of a spouse be that he is the breadwinner, she has fully embraced maintaining her career. But that could also be why she prefers to keep her social media private, as opposed to on show for her current and potential clients.

As with any newly married couple, Kristine and Keith have had their hurdles to jump over. Unlike most, however, they have the added challenge of being married to a stranger. And after the honeymoon, they were forced to get back to reality and face the challenges ahead. Like Keith’s expectations of Kristine working full-time and being the family chef, which might make things a little complicated with her hectic work schedule. Or Kristine’s determination to make Keith adopt a more strict exercise and diet regimen. Clearly there are some big changes they both expect from one another, and how they go about communicating everything will determine if they can make this marriage work.

During one episode of Married at First Sight, Keith explained to the camera, "Growing up for me, I only saw women inside the kitchen. My grandmother has been trying to show me how to cook but I’m horrible at cooking. I need my wife to cook. That’s what it boils down to. I don’t want to say our marriage is gonna be based on her first meal to me but I don’t know. We got to wait and see."

In a recent episode of the Married at First Sight aftershow, Unfiltered, Kristine said that she hoped Keith could get in better shape to her standards within the first few years of their marriage. "You know, if we're five years down the line, get yourself together at some point," she said. "It's what I'm interested in and what I'm attracted to. So, why don't you want to be what I'm attracted to?"

The newlyweds have been candid about their feelings for each other and although they have struggled a bit with communication, they have tried to be open with each other on the show. But the fact that Kristine’s Instagram is private could be an indication that there are some things the Married at First Sight couple prefer to keep off the record. I don't know if that is marital issues they are still working on outside of the show or just enjoying married life without cameras around, but you’re going to have to keep watching Married at First Sight if you want to get to know Kristine and Keith better.