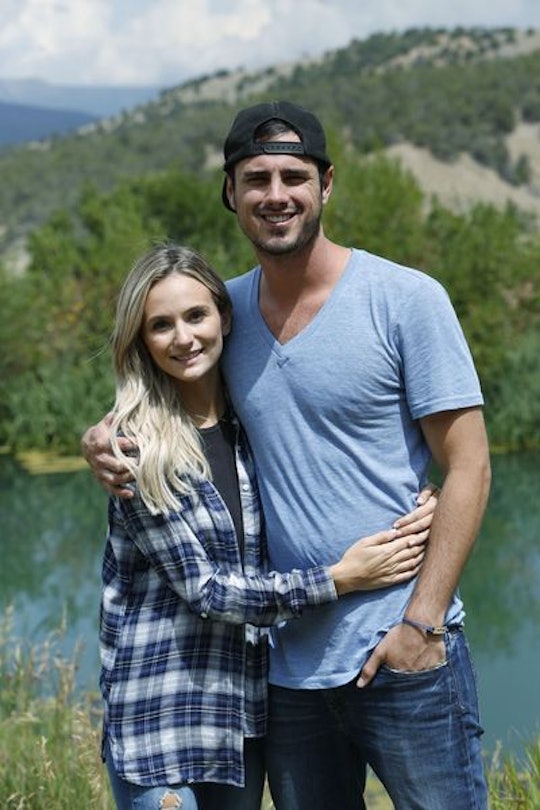 What Is Lauren B.'s Job? The Former 'Bachelor' Star Is Looking For A Career Change

When we first met Lauren B. on The Bachelor, we were told that when she wasn't searching for love on reality TV, she was working as a flight attendant. But now that she took that sabbatical to be a contestant on the show and actually won the heart of the bachelor in question, Ben Higgins, what is Lauren B.'s job on Ben & Lauren: Happily Ever After? The Bachelor couple's new reality show just premiered on Freeform, so there's plenty of time to see what Lauren wants to do with her life now that she lives in a totally different state and will soon become a Higgins. Naturally, figuring out her new career direction is among one of the many things fans are wondering about.

Lauren is originally from Portland, where she worked as a flight attendant with Alaska Airlines, right up until she got the callback to be on Season 20 of The Bachelor and, as to be expected, she hasn’t been back to work since. It’s understandabe, of course, considering how you’re obligated to appear on any number of Bachelor related shows after the season ends and embark on a whole press circuit that has people either clamoring for a photo of you or yelling at you about how you were the wrong woman picked.

But Lauren told Entertainment Tonight that she wants to branch out into something soon, but that going back to her career as a flight attendant may be in her past now. “A lot of my life has changed in the last six months and with that, I've kind of also thought about possibly a career change,” Lauren told ET. “Whether that means staying on part-time with Alaska and being a flight attendant or doing something else with them, I don’t know, but I also really want to explore what it is that I'm passionate about.” She went on to reveal that while she worked as a flight attendant before, her real passion lies with interior design. But the main goal for the soon-to-be bride seems to be figuring out something to do with herself now that she’s settled in Denver with Ben.

And the important thing is that she still wants to do something for herself and see where her interests and passions take her. For now, it looks like the couple will be riding the reality TV train with Ben & Lauren: Happily Ever After?, but that just means that we’ll get to watch Lauren’s journey and see where life takes her.