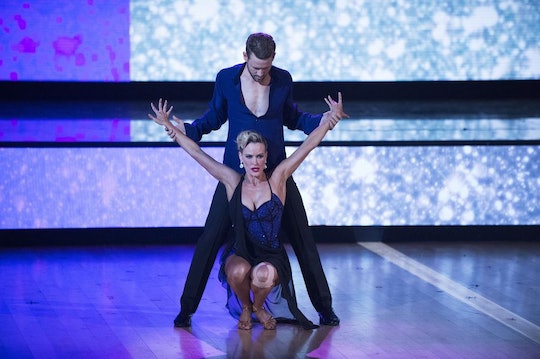 No one can ever accuse Nick Viall of not seizing opportunities as they come his way. After spending four different seasons on different Bachelor Nation shows and more than half a season on Dancing With the Stars, he’s a bona fide reality TV star. But what is Nick Viall doing now after Dancing With the Stars? Not surprisingly, he has some big plans in the works for his future with fianceé Vanessa Grimaldi.

While Viall does plan to take it easy and spend a lot less time in front of the TV camera, he’s also set to launch his men’s grooming line, The Polished Gent. Back in March, Nick told The Hollywood Reporter that he planned to launch the line soon and that he was “very excited” about it. The line of men’s grooming products is slated to launch on May 8 and judging by the website, it’s something of a passion project for Viall.

Viall‘s message on the website says, "Since my mid twenties I have put more time than I would like to admit into keeping a youthful appearance. Most of that time was spent just buying random products hoping some of them might actually work! Sadly that method resulted in a huge amount of time and money wasted. A handful of products really stood out over the years and I am excited to share them with you." No word yet on if he’s going to keep up with the modeling part of his career, but my guess is that he’s going to see how far he can take this new business venture first.

In an interview with Us Weekly, Viall talked more about his upcoming grooming line and some of the details that have gone into starting this new business. “There are some tricks that I have done over the years to maintain a youthful appearance,” the former Bachelor said. “It made sense to take the stuff I’ve been using and put it into a single box I can share with everyone." Fair enough. Even though I am of the non-bearded variety, I can appreciate the total transformation Viall’s face undergoes from clean shaven to sexy stubble, so I kind of get it.

Aside from his latest business venture, which thankfully doesn’t include competing in a mansion or on an island for love or on a ballroom floor for a Mirror Ball trophy, Viall is ready to spend some genuine quality time with his fiancée as well. Shortly after his elimination on DWTS, Viall told E! News that he’s ready to have things slow down a bit so he can spend more time with Grimaldi as the business launches.

Viall also told E! News in regards to DWTS that “it's definitely a bummer to see it end,” but with The Polished Gent launching soon and his engagement to finally settle into, hopefully he can appreciate the relative calm in his life right now. But overall, he seems totally excited for what comes next, even though his time on DWTS ended early. And it’s hard not to be excited for him.