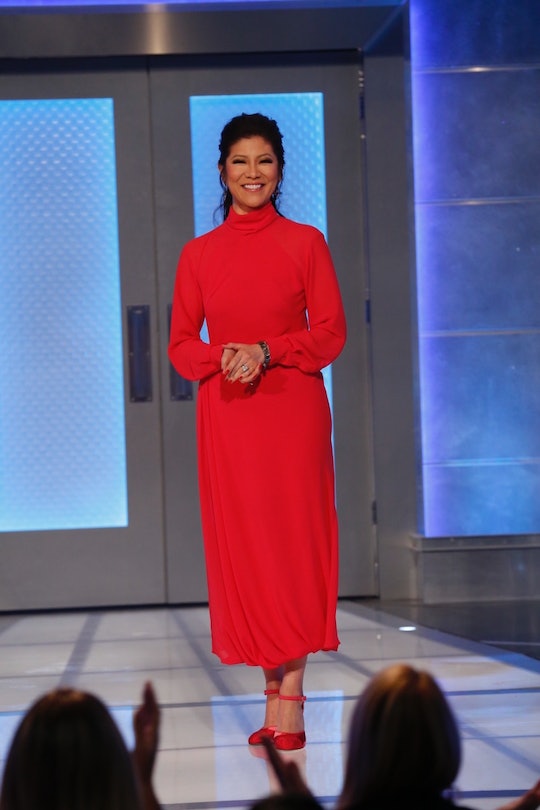 Just because this is Celebrity Big Brother and not the usual summer series we all know and love, that doesn't mean it's going to be without the usual surprises along the way. That being said, Wednesday night a new surprise was thrown into play after the first Head of Household competition. So what is the recast power on Celebrity Big Brother? The new season comes with another new twist to keep things exciting.

Although Shannon Elizabeth won the first big competition of the season, she might not be safe from elimination after all, since the new power play means that she could be dethroned before she even has the chance to use the power she worked so hard to earn. The twist with the recast power is that the houseguests have the chance to take the place of the current Head of Household and therefore gain all of the power and responsibility that comes with the position, as opposed to Elizabeth maintaining it for the first eviction.

It's not clear yet how the recast power works on Celebrity Big Brother but the gift bags the houseguests all chose at random have something to do with it. Maybe one of the bags has the recast power inside or further instructions on how another houseguest can use it to overthrow Elizabeth. Either way, things are off to a pretty juicy start this season.

As it stands, there is only one set alliance in the Big Brother house so far and that's all of the women banding together to keep the power between them. I might just be a little cynical after years of watching Big Brother alliances crumble early on in the seasons, but I see the all-women alliance as being very short-lived. Right now, however, it's the only alliance that's been officially formed, so it means that if another woman in the house uses the recast power, she'll likely still nominate whoever Elizabeth had intended on nominating as the Head of Household herself. Basically, the guys are probably a little screwed for right now if someone in Elizabeth's alliance uses the power to take her place.

Some fans may not be happy about the show introducing a new twist so early on in the season, especially since it immediately throws things into a frenzy. But that's kind of the point of Big Brother these days. The reality competition show is nothing if not full of shocking surprises and twists to keep the houseguests on their toes at all times, and yes, that includes throwing the houseguests of Celebrity Big Brother into a tizzy almost immediately.

Since things are set to move a little faster on this special season of Big Brother and viewers will get about four days per week of new episodes, including two-hour eviction episodes on Fridays. So it won't be long before the recast power is used. In fact, as Julie Chen announced at the end of the premiere episode, fans can expect to see the twist used on Thursday night, along with the official nominations. Then, on Friday, there will be the first ever Power of Veto competition and live eviction of the season. Like I said, things are going to be moving much quicker this season. But that's sure to keep things interesting.

Depending on who actually gets to use the recast power on Celebrity Big Brother, things could still turn out well for Elizabeth. Or it could royally mess things up. Either way, I think we can all agree that the new season is already a lot of fun.