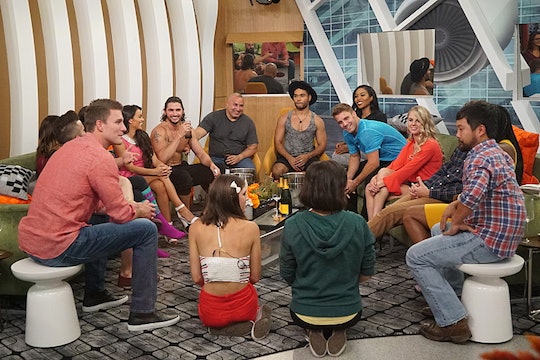 What Is The Secret Room On 'Big Brother 18'? The Houseguests Have Four Weeks To Find It

The teams have been dissolved, the Roadkill competition is dead, and Victor beat everyone to come back to the Big Brother house. But if all of those changes to Big Brother 18 aren't enough to make your head spin just yet, Julie Chen introduced us to the secret room, which is the newest twist on the show, because apparently there is no shortage of them. But what is the secret room on Big Brother 18, exactly? According to Chen, it will change up the game yet again and mean something big for whichever houseguest finds and unlocks the secret room. According to Chen, they "could gain a power to change their fate in the Big Brother house", should they find it in the span of the allotted four weeks.

Already fans are speculating about this elusive secret room on Big Brother 18, and we aren't strangers to such secret revelations from Big Brother. Pandora's Box was a thing from Season 11 to Season 15, affording the HOH and the other houseguests money prizes, celebrity guests, and lots of different penalties that switched up the game a lot, but definitely made for juicy episodes between competitions and voting. The secret room isn't exactly Pandora's Box, as far as we know, but it's obviously something to bring more drama and excitement into a show that just got rid of a few of this season's twists.

So what is the secret room on Big Brother 18? There has been some speculation so far from fans and the houseguests alike, but no one has discovered where it is yet or even what it might entail. There are, however, lots of clues and a possible solution as to how the houseguests might be able to get themselves in at some point in the next four weeks.

We were given a few clues as to how we might be able to figure out the location and details of the secret room, with the several travel posters and 'departures' sign zeroed in on, but the biggest possible clue has come in the form of some crafty camera work during the live feeds. Sunday morning on the Big Brother live feeds, a camera zoomed in on each size of one of the decorative planes in the house. One side of the plane has letters spelling out 'call' and the other letters spelled out 'Paris'. It is now believed by fans that if one of the houseguests looks up on the 'departures' list, they will find the next clues.

If you notice, Paris is the only flight on the list that is "now departing", which a flight number of 211. The current theory is that if a houseguest dials this number on the phone in the metal photo booth on the second floor of the Big Brother house, then they get access to the secret room and we get access to what it means for everyone. Because as crazy as the show has been with three eviction nominees and a roadkill competition on top of the HOH comp and power of veto, it's exciting to have other things to look forward to each episode of Big Brother.

Listening to Nicole complain or watching Paulie workout can only take you so far. Plus, we need a twist in the game to either save Frank or Bridgette once again or to break up Paulie and his minions, because eventually they'll be at each other's throats, anyway. The houseguests have four weeks to figure out the location of the secret room in the Big Brother house and exactly what is inside of it. Godspeed, houseguests. Godspeed.