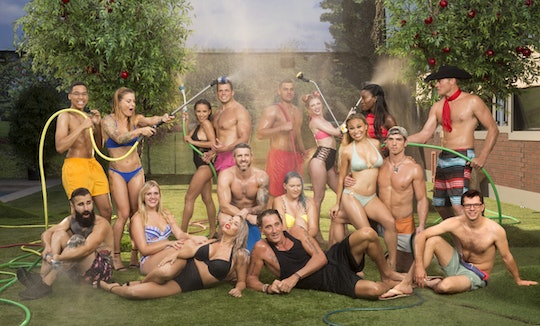 The Latest Curse On 'Big Brother 19' Comes With Some Advantages

It's the summer of temptation in the Big Brother house, and though the temptations themselves have officially come to an end, the curses have not. After Jessica accepted the Halting Hex temptation, she released a new curse on the whole house. The stipulations of the new curse were revealed during Sunday night's episode. So what is the Temptation Competition on Big Brother 19? It's a chance for safety for someone in the house, but comes with a big risk.

Though it's being a called a curse, the Temptation Competition could actually help a houseguest. Each week for the next few weeks, houseguests can compete in the Temptation Competition prior to nominations. If they win, they get safety for the week. However, if they lose they will become a special third nominee. Each houseguest got to enter the Den of Temptation or drink the potion of their choice, to decide whether or not they would compete. If only one person signed up to compete, that person would automatically win safety for the week.

For the first Temptation Competition, only four houseguests decided to take the chance. With Paul as Head-of-Household, Mark decided to gamble his fate, knowing he'd probably be put up on the block if Paul didn't nominate Cody and Jessica. At the urging of Paul, Matt also entered in the hopes of beating either Mark or Elena, if they entered. Jason and Alex entered in hopes of garnering safety, even though they didn't need it this week, with Cody and Jessica being the clear targets.

For the first competition, the goal was to knock down bowling pins with a bowling ball in the fastest time. Of course, it wasn't that simple. In order for the wall to come down to hit the pins, the competitors first had to spin around multiple times, making them dizzy. They also had to wear tutus and ballerina slippers.

In the end, Mark won safety and Jason ended up being the third nominee. However, none of this seems to matter, because it looks like Jessica will be using the Halting Hex since Paul decided to nominate her and Cody anyway, even though she told him they'd be safe.

So this week will be a dud since no one will be going home. Though this is unfortunate for Paul and all the houseguests that have just been aiming for jury, it's a smart move for Jess and Cody. It'll be interesting to see how everything plays out come eviction night.