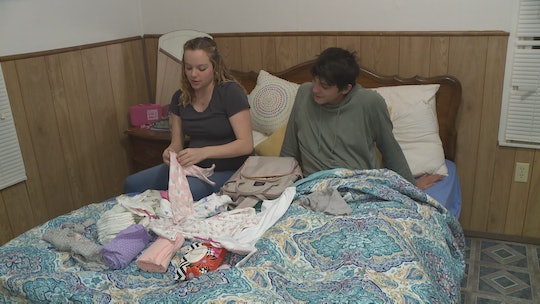 Unexpected is TLC’s answer to 16 and Pregnant; following the lives of pregnant teen girls, their boyfriends, and their families. They may be moms now, but they're still teenagers, so it makes sense that they have social media accounts. Emiley is no different. Unexpected star Emiley’s Instagram shows how much she already loves motherhood.

18-year-old Emiley and her new family are subjects of Season 2 of Unexpected. On the show she explains that she and her mother, Bridget, never had the “sex talk.” According to Planned Parenthood, Emiley wasn’t alone in that. A 2014 report about how parents teach their children about sex said that while 92 percent of parents talked about relationships and 87 percent discussed when sex should and should not happen, only 60 percent of parents talked about contraception with their children.

Before getting pregnant, Emiley told her mom that she would not have sex until she got married. But that's not what happened. She became pregnant while still in high school by her boyfriend, Diego, who she’d been dating since she was a junior and he was a sophomore. Emiley said it took her two weeks to come to terms with the fact that she was having a baby. “When I found out I was pregnant, I kept telling myself, like, I'm going to wake up and everything's gonna be okay," she said. "Like, this is not happening to me. This stuff doesn't happen to me."

Despite the initial shock, though, she, Diego, and her family welcomed baby Aria into the world on Valentine’s Day of this year. Ever the proud mom, Emiley often shows Aria off on her Instagram account. Here’s what I learned by browsing her feed: