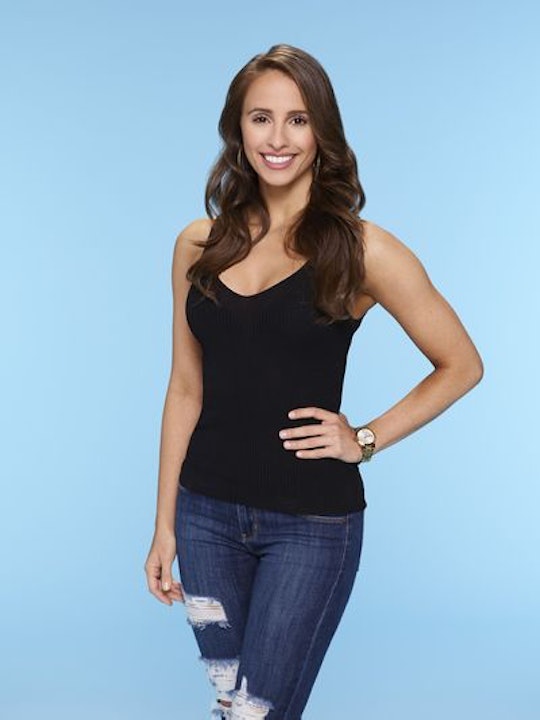 Vanessa's Job Outside Of 'Bachelor' Is Admirable

In a world of aspiring dolphin trainers, models, and professional dancers, Vanessa on The Bachelor Season 21 dared to stand out with her career choice. Well, kind of. It turns out that Vanessa actually has some TV experience prior to being selected for The Bachelor, but her current chosen profession is arguably much more admirable than that and different from the norm of careers we tend to see on this show. So what is Vanessa's job? The Bachelor contestant is now a special education teacher, but it wasn't long ago that she was dipping a couple of toes in the acting world as well. Still, this doesn't mean that she's there just to get some exposure, though a lot of contestants in Bachelor Nation have often had side gigs as models or actors, which they hope get jumpstarted by getting some face time on a primetime network. But with Vanessa, I seriously doubt that is the case.

Vanessa works with special needs children at a school in the East End of Montreal, Quebec, which is what she's been busy doing before she decided to try her hand at finding love with America's most jilted bachelor, Nick. Before she became a special education teacher, however, Vanessa was seen on TV shows like Being Human, Blue Mountain State, and Ascension. And she's also been in YouTube videos for the game review podcast Gameloft, but these days, it at least appears that her days of acting and hosting are over.

The 29-year-old special education teacher seems to be on The Bachelor for Nick and Nick alone, as opposed to some ploy to gain exposure, as you have to assume a lot of contestants do. I'm not hating on the hustle of show biz, but it also takes away from the fun and actual romance of The Bachelor and The Bachelorette when contestants are just there to show off their "range" and picture-perfect bodies.

In the season premiere of The Bachelor, Vanessa seemed like one of the contestants who is actually well grounded and there for the "right reasons." She also didn't shove a hotdog down his throat, or her tongue, so she's got that going for her. It should also be noted that with the signature long brown hair that Nick seems to go for, she already has some subconscious cool points with the guy in charge of the roses and she does bare a resemblance to Andi Dorfman, who was also the last woman to turn down a proposal from Nick.

Vanessa might have a past in acting and internet show business, but right now, she seems like a legitimate contender for Nick since she also comes across as totally normal. Now, there is still an entire season ahead for her to prove me wrong, but for now, let's just give her the benefit of the doubt. I think she's got a real shot at winning Nick's heart and ours as well.