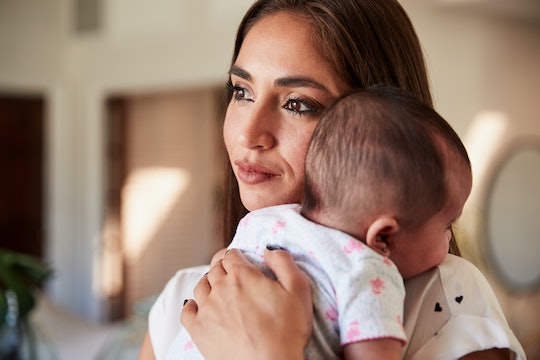 11 Things Mom Shouldn't Do When Mercury's In Retrograde

You've probably heard the term "Mercury in retrograde" from your more mystically inclined friends — you know, the ones who seem to have an oil for everything. And any time something goes wrong, they'll groan about Mercury and blame retrograde for their problems. If you tell them something in your life has gone awry, or if you just feel "off," they'll nod knowingly and say, "It's Mercury retrograde." Then they'll say there are specific things you should not do during Mercury retrograde 2019, especially if you're a mom.

From a scientific standpoint, Mercury retrograde is a real thing (sort of) and it's happening right now, from July 7 to July 31. Basically, observing Mercury from Earth during this time, one may think that its orbit has changed, moving backwards — east to west rather than west to east. But it's just an illusion, due to the location and motion of Earth relative to Mercury. Incidentally, all planets experience so-called retrograde, but because Mercury is closest to the sun and thus has the shortest orbit around the sun (Mercury will have four orbits in the time it takes Earth to make one) Mercury's retrograde is most frequent — about four times a year.

From an astrological point of view, buckle up, folks! Mercury being in retrograde allegedly reigns down confusion, mishaps, and miscommunications galore... you know, like parenthood in general. So what does this heavenly phenomenon mean for moms? You may want to avoid the following: