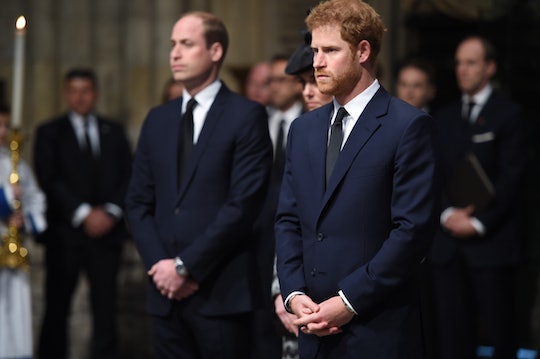 'The Story Of Diana' Will Serve As A Well-Deserved Tribute

Aug. 31 marks the 20th anniversary of Princess Diana’s death and in the two decades since the Paris car accident that claimed her life — as well as lives of companion Dodi Fayed and driver Henri Paul — there have been plenty of specials about how the accident transpired and the legacy the princess left behind. Now, ABC is set to air a two-part special on ABC on Aug. 9 and 10. But what time does The Story of Diana air? The two-part event will begin at 9 p.m. ET both nights and will feature new interviews with both friends and family of Princess Diana as they share memories and personal stories of their time with her while she was alive.

Her brother, Charles, 9th Earl Spencer, is one of the many in the special who talk about knowing Princess Diana intimately. "One of the reasons I wanted to talk now is because I think after 20 years, somebody shifts from being a contemporary person to one of history, actually," Spencer said in a clip from The Story of Diana. "And Diana deserves a place in history. This was a special person, and not just a beautiful one."

During her life, Princess Diana worked with numerous charities to make an impact in the world beyond just being part of a monarchy.

In 1997, she visited Angola to spread awareness about landmines and today, Prince Harry still works with The HALO Trust, an organization set on doing away with landlines as weapons altogether.

She also helped to change the public’s perception of HIV and AIDS when she was photographed shaking hands with HIV-positive patients at Britain’s first ward at Middlesex hospital that was dedicated to AIDS patients. The Story of Diana not only retells the story of Princess Diana’s charitable triumphs, but it also will go back into her childhood to celebrate the person she was even before the crown came.

In the preview for The Story of Diana, she’s described as "the most famous woman in the world,” and at the height of her fame as Princess Diana and wife to Prince Charles, that was definitely true and remains so today. Even now, in death, she remains an important historical figure around the world, not just in England.