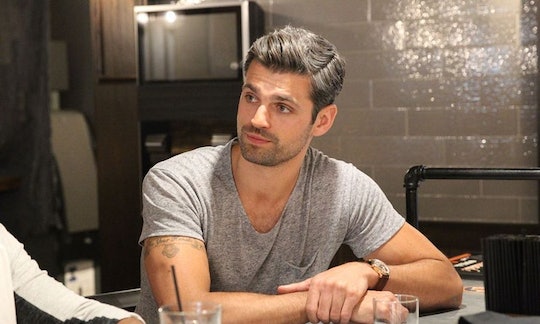 Peter Isn't Crying Over Not Being The Next 'Bachelor'

Anyone who saw Rachel’s season of The Bachelorette had to have some kind of assumption that the new Bachelor would end up being Peter. He was the runner-up, a total fan favorite, and always seemed like one of the more real contestants on the season. Unfortunately, breaking Rachel's heart by failing to commit must have broken producers’ hearts as well, because Season 8’s Arie Luyendyk Jr. was chosen instead. But what will Peter do now that he’s not the Bachelor?

The personal trainer already has what looks to be a full schedule, so chances are, he’s going to get right back into work. Since being sent home from The Bachelorette last season, Peter has been spending time with family (being that totally charming uncle viewers saw on the show), while hosting fitness boot camps and working as a trainer, so there’s no doubt that he’s plenty busy enough to keep from mourning the loss of his spot as the new Bachelor.

But now that Peter isn’t the Bachelor, it makes you wonder if the former Bachelorette contestant wasn’t hoping to be picked or wasn’t in the running behind the scenes. The biggest gripe with Peter during Rachel’s season was the fact that he couldn’t bring himself to commit to an engagement after a couple of months of dating, which is understandable in real life, but on The Bachelorette that’s kind of the whole point.

Since he couldn’t find it in himself to propose and Rachel wanted a marriage proposal above all else, he was sent home before she could deny him the final rose. But even so, since Peter was still a favorite for so many fans, he could have been one of the candidates for the next Bachelor — with the chance that he wouldn't be getting down on one knee at the end of the season. On Twitter the night before Arie was announced as the new Bachelor, Peter tweeted about not letting fear hold you back.

That could have just been about fitness and getting in shape since that’s what he made a career out of, but it could have also been in reference to letting Rachel and the franchise itself slip away from him because of his inability to commit to an engagement at the end of it all. The announcement of the new Bachelor hadn't yet been made when Peter tweeted that, but The Bachelor creator Mike Fleiss did tweet Wednesday afternoon that "Peter probably will not be #TheBachelor," so that could have prompted Peter to get all introspective on social media.

Regardless, there’s always the possibility that he could show up for Season 5 of Bachelor in Paradise or that he’ll find love outside of Bachelor Nation. In the meantime, in addition to planning bridal bootcamps and not being the Bachelor, Peter has been working with his local Boys & Girls Club to raise money and physical donations for those in Houston who were affected by Hurricane Harvey.

He might not be ready for marriage, but he’s definitely husband material. Until the geniuses behind The Bachelor can find it in their hearts to have Peter just be himself, proposal or no proposal, he seems like he has enough going on in real life, away from the cameras.