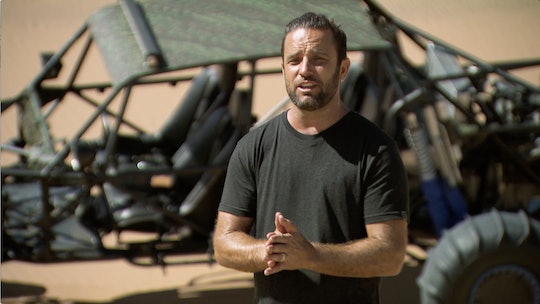 There’s no denying that The Challenge: War of the Worlds was one of the best seasons in recent years. The theme of the season first centered on rookies and veterans playing on the same teams and then unintentionally segued into the UK players forming a strong alliance against the other competitors. But what will The Challenge Season 34 theme be? There’s a good chance that it could be a second part to War of the Worlds, especially if most of the UK alliance returns for a second chance at that prize money.

It’s still unclear who will return to The Challenge from Season 33, but producers wouldn't really be doing their job if they failed to bring back Georgia and Bear, who were super dramatic together. Theo, who came in second place and proved himself to be a strong player, also deserves another shot at the game, and Zahida was a strong competitor for the short time she was on the show this season.

If at least those players return, there could be another war of the worlds, only this time the lines would be more clearly drawn. There could still be new players from other UK reality shows to be thrown into the already established UK alliance and other Challenge vets to even things out.

It’s not unusual for The Challenge to keep one theme going for two or more seasons. Seasons 22 and 25 were Battle of the Exes and Battle of the Exes II, respectively. There were also three Rivals seasons and the last three seasons before War of the Worlds were part of a trilogy of sorts. In these cases, a lot of the same players spilled into the following seasons to keep the momentum going and to allow them to settle old scores on the show. Since Kyle, Cara Maria, and Paulie left War of the Worlds with some unfinished business between them, I wouldn't be surprised for them to return to Season 34 ready to tussle it out once again.

There might also still be some animosity between the UK alliance and the other players from this season. The UK alliance rose to power quickly and inadvertently became strong together and individually as separate players. Theo, who was part of the alliance and has never been on The Challenge before, won second place in the final competition. That alone shows how much strength they had as a team. If some new players were thrown in the mix and a more clearly defined rivalry was created for the sake of Season 34, it could be a continuation of War of the Worlds.

Right now, this is all speculation since MTV hasn't yet announced the official Season 34 Challenge theme. It’s entirely possible that they could start from scratch with a cast of players who weren't even on Season 33 and honestly, that would be fine too. If that were the case, then another theme could be something about new blood and introduce a ton of rookies with some veteran players who haven't been on the show in years. Sadly, that would mean no CT and no Johnny Bananas, but I think they would be OK if they missed a season or two in succession.

Regardless of what The Challenge Season 34 theme is, it will have to be juicy enough to live up to the hype that War of the Worlds already has as one of the best seasons in a long time. I’m not sure if new players or returning competitors would do the trick, but the theme definitely has to be something that will grab fans’ attention and hold it for the duration of the season.