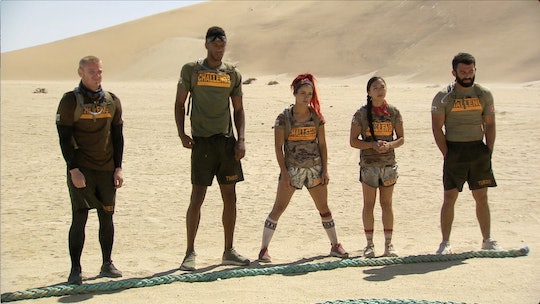 As long as there is The Challenge, veteran players like Johnny Bananas and Wes will be making their way back to the show. But War of the Worlds introduced some seriously talented competitors and it makes you wonder who will return to The Challenge Season 34. I fully expect players like Paulie and Nany to come back, if only to take another stab at winning at least a portion of the prize money, if not the grand prize. But since not everyone can come back every season, not all of the biggest and baddest players of Season 33 will be back next time.

This season was one of the harshest on competitors, though, so there is also the question of whether or not any of these players would want to come back so soon after enduring the strenuous challenges and in-house drama. For a shot at close to $1 million, though, I’m sure most of the former cast members can be persuaded.

The official cast list for The Challenge Season 34 hasn't been released yet, so at this point, it’s all speculation. However, judging by the way fans responded to some of the competitors from War of the Worlds, I wouldn't be surprised to see a big chunk of them return next season.

Bear, for example, brought so much drama into the house and to even to the competitions that it would almost be a waste not to bring him back for another go at it. He played Georgia when he apparently had a girlfriend back home and continued to manipulate her into having his back. It was a whole thing, but it made for the kind of between challenge drama that fans pretty much life for.

You can't have Bear without Georgia, though. I can already see Bear using his overabundance of confidence to woo other women while Georgia looks on with jealousy. I know this isn't The Real World, but during the off time between challenges, the cast members have to do something with their time. Obviously the drama is where it’s at, whether you love Bear or love to hate him.

Paulie and Cara Maria are also likely candidates to return, partly because of their personalities and partly because of their individual athletic abilities. However if they do return to The Challenge for the third season in a row, I think we can count them out for a few seasons after. There’s also a good chance that Johnny Bananas will be back, especially since he was booted so early this season. I don’t think Wes will be back, however. He made a few comments this season about his new wife and wanting to spend time with her. He might want to take off a eason to do just that rather than put his body through rigorous challenges once again.

Although there will likely be a handful of returning players from War of the Worlds, you also have to expect that contestants from past seasons will be in Season 34. This time around, I don't expect any newbies, especially given all of the rookies that were introduced in Season 33, so that leaves the door wide open for other Challenge veterans like Laurel or Emily, who are also formidable former players.

Chances are, if there are a handful of returning players from this season, most of them will be out for blood on The Challenge Season 34. And we all know that’s what fans are here for anyway.