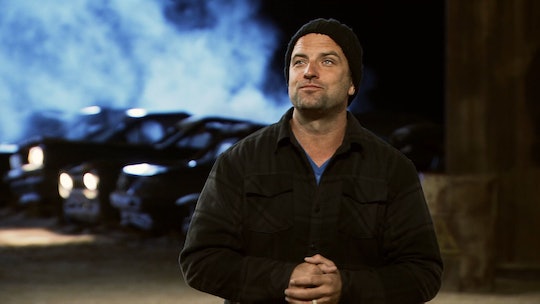 'The Challenge' Season 34 Could Feature A New Set Of Rookies

The sweat has barely dried on Hunter’s headband and Cara Maria might still be mourning Paulie's elimination, but it’s never too soon to be thinking about future seasons of The Challenge. War of the Worlds is coming to an end and while there hasn't been an official announcement about what comes next, fans are likely wondering when The Challenge Season 34 premieres. And, more importantly, who will be in it.

For the past few seasons, The Challenge has followed a schedule of airing two seasons per year — one from the beginning of the year to April or May and then another starting in July. In Season 34 follows in that same schedule and MTV’s own schedule allows for it, then I expect Season 34 to premiere sometime in July. It’s wild to think that in just a couple of months, fans will watch a new set of players do these intense competitions all over again, but MTV is big on airing reality TV show seasons twice in the same year, so I don't expect any big lull between the end of this season and the beginning of the next season of The Challenge.

If The Challenge Season 34 premieres in July like the summer seasons before it, then there’s a good chance it is filming right now and it makes you wonder who was cast for Season 34 and if there are any returning players from War of the Worlds.

Since MTV hasn't yet made any official announcements about Season 34, right now it’s all speculation, but it’s safe to assume that fans will get their new season this summer. And if past seasons have taught us anything, it’s that everyone loves to see newbies come back as veteran players the following season after they have made their debut. So I fully expect players like Ninja Natalie and Theo to be among the returning players next season who were rookies this season. I am also all for Mattie coming back to make another play for the prize money whether she wins War of the Worlds or not.

The Challenge executive producer Scott Freeman told E! News that before seasons are even cast, there is already a theme in place. Then comes casting and they try not to always cast players who might have been in the preceding season. "We don't want to burn people out by having them go from show to show so fast," Freeman explained. "A lot of it now is just being ready and getting the wheels turning so that when the time comes that we really have to start getting into pre-production we're already ahead of the game."

That could leave out some of the competitors who made it far this season, but never say never. You can't make up the Bear and Georgia drama and I don’t think it would be smart to leave them out in Season 34.

Freeman also said that "everything's on the table" as far as casting reality stars from shows on other networks goes. So if you didn't see your favorite Big Brother or Bachelor alum on War of the Worlds, there’s always hope for next season.

Right now, we still have to get through both parts of The Challenge Season 33 finale and then the reunion, but after that, there probably won't be a long wait for Season 34. Regardless of who is cast, it will likely be another season of intense competitions, behind the scenes drama, and showmances that have no place in the midst of challenges. And I am already pumped to see new rookies burst onto the scene to try and beat the vets for that prize money.