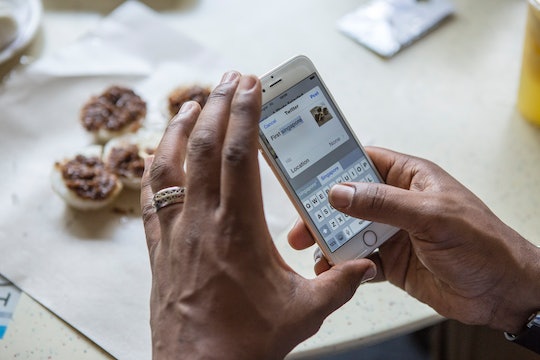 What Would Twitter's 10,000-Character Limit Even Look Like? It Looks Like You'll Find Out Sooner Than You Think

It may sound impossible, but Twitter is considering a 10,000 character limit, according to Recode, and it's slated to roll out in the first quarter of 2016. Since it’s inception, Twitter has been all about short, to the point, mini-messages of 140 characters. The character limit defined it and helped turn it into the social network we know and love (or love but still don’t get, as Wired noted earlier this summer). So what would at 10,000 character tweet even look like?

Twitter users were kvetching about the alleged change on, of course, Twitter all day. And while some techies, like those over at Gizmodo, made sure to remind people that Twitter isn’t changing anytime soon, by the end of the day it looked like the 10,000 word character limit could be a reality sooner than the Twitterverse would like.

Around 5 p.m. ET, Jack Dorsey, the co-founder and CEO of Twitter, tweeted that the company is considering such a change. He wrote:

We’ve spent a lot of time observing what people are doing on Twitter, and we see them taking screenshots of text and tweeting it.

He’s probably right. He’s also right that what makes Twitter, Twitter is live, real time, conversation. The 140 character limit lends itself to quick updates and comments. When big news breaks, Twitter is there. During the November terrorist attacks in Paris, people on the ground too to the social platform to share news and updates and offer shelter to those in need. When a Bachelor contestant is melting everyone’s heart, Twitter is all over it. Whether you're watching the Grammys on TV or standing at Cape Canaveral watching Elon Musk launch a rocket, Twitter is a place to gather and discuss in real time, succinctly enough that many voices can be heard.

Most of the changes Twitter has been making or considering recently — like this much higher character limit and the new Moments feature — are about attracting users who feel intimidated the by how Twitter works currently, Wired reported. Dorsey reportedly wants more users, and that desire came through in his statement when he said, “We’re not going to be shy about building more utility and power into Twitter for people.”

That doesn’t mean it has to “turn into Facebook” or not be a “cool” place to hang out as some have complained today on the social network:

and some suggested that everyone should maybe calm down a little:

It’s good business to make changes to the social network that will draw more users. And remember, it’s 10,000 characters, not 10,000 words. That’s not that long. Whatever happened to the more the merrier, Tweeps?