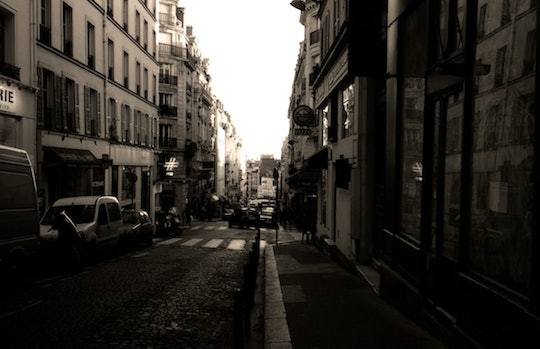 EARLIER: All of France — as well as the rest of the world, for that matter — was left shocked Friday evening when news broke that multiple attacks across Paris had left over 100 dead. The details themselves, which kept pouring in minute-by-minute, were beyond disturbing, and are likely to become even more so in the coming days. While initial reports out of Paris indicated that the attack was an isolated shooting, news quickly spread that the situation was far worse: Three explosions were reportedly detonated, dozens of bodies lay dead in the streets, and 60-100 people were taken hostage inside the Bataclan stadium at the center of Paris. In the end, the death toll was staggering.

The latest reports also claim that several gunmen are responsible for the attacks, though French police told press that they believe all attackers are dead. During a press conference Friday evening, French President Francois Hollande went so far as to say he knows who the perpetrators are, and that this was indeed a terrorist attack. “As I speak, terrorist attacks of an unprecedented scale are taking place in the Paris region,” said Hollande during a national address. “There are several dozen dead, lots more wounded, it’s horrific.”But Hollande also took time to reassure the people of France that the gunmen, whoever they are, will not win. "We have to show compassion and solidarity and we also have to show unity and keep our cool. France must be strong and great," he said.

Following the national address, Hollande placed the city on lockdown and urged Parisians to stay inside. Meanwhile, at a press conference stateside, President Obama took time to comment on the attacks as well: "This is an attack on all of humanity and the universal values that we share," he said.

CNN also reported that French authorities have launched an official terrorism investigation. Though no one organization or terror cell has officially claimed responsibility, CNN reported that ISIS did send out a tweet "applauding" the attacks.

While details of what the city of Paris is facing continue to flood in, all of Twitter has been left both stunned and saddened, as many tweet with the hashtags #PrayForParis and #JeSuisParis. Others have even tweeted simply #PorteOuverte, as a means of letting others know their home is a safe haven.

Still, amid the outpouring of grief, shock, and utter disbelief, many are taking to Twitter to remind the world of city's unwavering resolve.