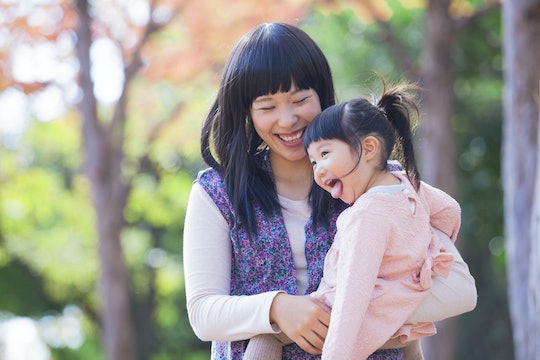 What You Say Vs. What Your Kid Actually Hears, Because #MomProblems

Parenting is a series of mountains that need to be scaled. Some of those mountains are actually quite reasonable in size, while others are absolutely gigantic, while others seem to never, ever end. Communication between a parent and a child is, most definitely, one of those mountains that just won't end. It’s like children are hardwired to ignore or mishear or misinterpret what you’ve said. You'll say a thing, they'll do another, and you're left wondering if what you said is what your kid actually heard. More often than not, I'm guessing, the answer is a hard, resounding "no."

For instance, my four year old sometimes asks me if she can have something that’s, well, pushing the envelope; like candy for breakfast or watching a television show just a few minutes before bedtime. If I’ve said no, which I usually and inevitably do, she will actually go to her father and ask the exact same question. Thanks, kid. If she asks him the question first, and I answer instead, she will turn to me and say, “I was asking Dada, not you.” I mean, what? I’m sure we can all guess how those teen years are going to work out for everyone at my house.

What’s crazy, though, is that the constant tendency to misinterpret everything parents say is not just a talent of my own children. It’s like all of our kids have some kind of unwritten agreement to make things as hard on us as they can. So, don't be surprised if what you say in the following scenarios, doesn't necessarily match up with what your kid heard.