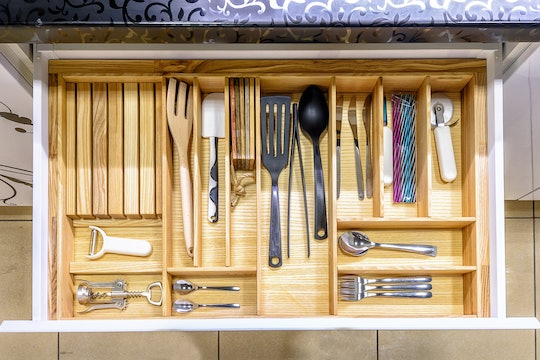 If You're Ready To Declutter, Your Zodiac Sign Can Tell You Where To Start

While springtime is generally known as the time of year when people go out with the old and in with the new, this year, decluttering is the new buzzword when it comes to spring cleaning. According to a new study by mobile marketplace company OfferUp, 70 percent of Americans feel a sense of accomplishment after tidying up their home. But instead of decluttering your entire home at once, the company recommends starting small and focusing on one area at a time. One way to do this is by deciding what to declutter based on your astrological sign.

More Like This
17 Absolutely Stunning Gardens
These Couches Are Perfect For Climbing If The Nugget Couch Is Sold Out
In Defense Of The Practical Gift For Mother’s Day
Best Montessori Learning Towers: 11 Kitchen Helper Stools For Toddlers

The popularity of the KonMari method has caught fire in recent months thanks to the Netflix series, Tidying Up With Marie Kondo and decluttering is now totally on trend. According to this study, Marie Kondo, a Libra, should look to declutter her makeup collection. Something tells me that she doesn't have an abundance of makeup brushes or broken compact mirrors stacked under her bathroom sink, but you truly never know. If she did happen to find an old makeup bag or two collecting dust, OfferUp recommends selling it. You can turn items that you declutter from your home into cash by using their app to sell things that you no longer want or need locally within your community.

According to the Farmer's Almanac, Mercury is no longer in retrograde, meaning that the chaos you may have been feeling for the past month or so during Mercury retrograde has subsided. To help ride the wave of the period of disorganization ending, you can take steps to organize your possessions by getting rid of things you no longer need, starting with those areas of your home and life that OfferUp recommends decluttering according to your Zodiac sign.