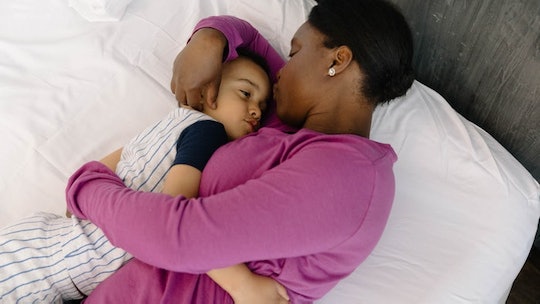 What Your Kid Will Probably Be Judged For, Based On Their Zodiac Sign

If there's one thing I've learned in my almost 40 years of life, it's that people will judge you no matter what. As a mom I, of course, want to protect my kids from other people's judgement, but I've learned that's pretty impossible. Instead, I've decided to lean in and find out if there's a way to predict what your kid will most likely be judged for, before it actually happens. I mean, if I know in advance, maybe I can at least prepare my children. Maybe I can teach them to ignore the haters and be their own person, no matter what.

Since I don't have a crystal ball, I consulted Astrology Zodiac Signs to see if the stars had anything to say about the things people will probably judge my children for. And since I don't generally follow astrology, no one was more surprised than me to learn that my kids' signs were pretty spot on. My daughter is a Gemini, which apparently means that she talks constantly. She does talk all the time, you guys, and people judge her for it on a pretty regular basis. My middle child is a Scorpio through and through, so he's always cracking jokes. That's fine, of course, minus the moments when he lets other people laugh at his expense. And my youngest? People are already calling him a "mama's boy," which is not only gross but wildly unfair, considering he has such bad separation anxiety. According to Astrology Zodiac Signs, that's actually typical for Aquarian children.

I figure that it's part of our job, as parents, to teach our kids how to deal with the bullies and the judgmental people of the world. That's why I don't think it hurts to take a look at the starts to see if they can help us prepare to the best of our ability. With that in mind, here's why the Zodiac thinks the haters are gonna hate.

More Like This
A Parent’s Guide To Stomach Pain In Kids
101 Would You Rather Questions For Kids
Winter Travel Tips For Families
Tips to Beat Jet Lag, For You & Your Kids
What Parents Are Talking About — Delivered Straight To Your Inbox