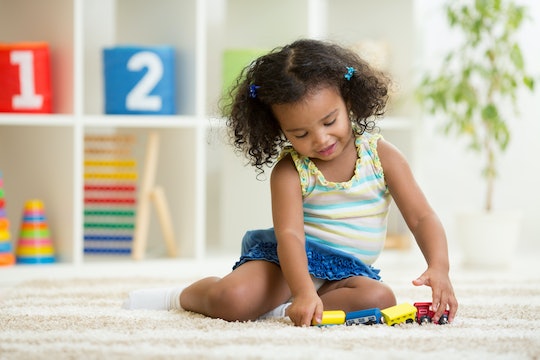 8 Times You Should Pay Attention To Your Kid's Imaginary Friend

I had an imaginary friend when I was a little girl. Her name was Sarah Greene, and lived in the same street as me, in a house with a green door. I would talk to her and play with her and if I had been naughty I would totally throw her under the bus without any remorse whatsoever. So, my kid having an imaginary friend isn't"odd" to me, but I do know there times you should pay attention to your kid's imaginary friend; times where your kid's whimsical play habits could actually be telling you something (potentially serious and worthy of your undivided attention) is going on.

Psychologists agree imaginary friends offer no cause for concern, are created by about 40 percent of us and actually present a healthy outlet for children's emotions .Recently, my toddler has created a little friend all of his own. Somewhat worryingly it is a zombie, called "Zombie". Before we go anywhere or do anything, we are questioned on whether Zombie can come along too. I have to tuck Zombie into bed at night, change his pull-up when the situation calls for it and serve him snacks. I did, however, draw the line when I was asked to nurse Zombie; that level of method acting is too much for me so that's not happening. Nope.

So, while imaginary friends are a normal part of many children's development (including my own) they're not always a healthy "sign." Sometimes you really need to pay attention to your kid's imaginary friend, including the following situations: