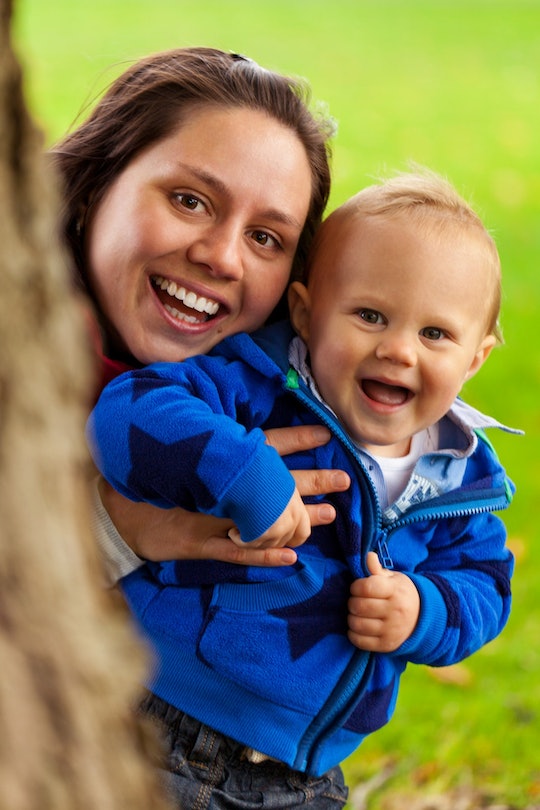 It's no secret millennial moms are a remarkably influential — though often overlooked — segment of the overall mom demographic. They're highly connected, spending an average of 17.4 hours per week on social networks, according to marketing firm Weber Shandwick. They're also more likely than other moms to provide their friends and family with opinions, recommendations, and information about various products and services, which means they're a sought-after customer for many brands and retailers. But when it comes to the 2016 presidential election, what kind of impact could these young mothers really have? That depends, in part, on the answer to one question: What's the political party breakdown for millennial moms?

Millennials will comprise one-third of the U.S. electorate this year, according to the University of Denver, making them a decisive voting bloc for both Democratic candidate Hillary Clinton and Republican nominee Donald Trump. In fact, David Cahn, co-author of "When Millennials Rule: The Reshaping of America," told U.S. News that overlooking the millennial vote in 2016 would be a big mistake:

I think the story of this election will be the story of voter turnout among millennials. I think if they turn out and vote for [Democratic nominee Hillary] Clinton, she wins. If they don't, she loses.

According to the Pew Research Center, half of all millennials choose not to identify with either of the major political parties, preferring to identify themselves as independents instead. Even so, millennials tend to vote Democrat at the polls, with a recent USA TODAY/Rock the Vote poll showing that millennials back Clinton over Trump at a rate of more than 3-1. As millennial enthusiasm about voting in this year's election wanes, though, perhaps the bigger question is: Will millennials actually show up to vote?

Millennial moms certainly have plenty of reasons to head to the polls Nov. 8. Issues like maternity leave, equal pay, and reproductive rights — just to name a few — should persuade all current and future mothers (and fathers, really) to make their voices heard as to whom will be the country's next president. Yet millennials overall have expressed a dislike of both major-party candidates, and 46 percent say their vote doesn't really matter, according to the same USA TODAY/Rock the Vote survey.

Certainly, this is not an election that’s going to teach young people to have a great deal of faith in American political processes. I worry about that.

There's no question that millennials are capable of having significant influence over this year's elections, but only if they actually turn out to the polls. Whether they will remains to be seen.